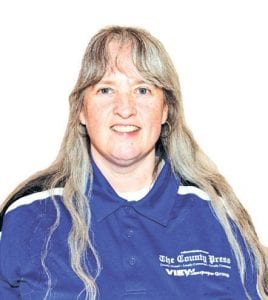 The tennis world was rocked March 7 when five-time Grand Slam champion Maria Sharapova disclosed that she failed a drug test at the Australian Open in January. The Russian has since been provisionally suspended and faces up to a four-year ban by the International Tennis Federation (ITF). Sharapova must also return the prize money earned at the Open.

Sharapova said it was an honest mistake that she takes full responsibility for and knows there will be consequences. She tested positive for meldronium, which she said her family physician prescribed back in 2006 for a heart condition and pre-diabetic indications. However, the manufacturer of meldronium reported that the typical course for using the drug is four to six weeks, not 10 years.

Agnieska Radwanska also said she doesn’t read the emails, but that her agent and physician do. Caroline Wozniacki replied when asked that someone on her team combs through the long list at least four times before she puts anything in her mouth.

Rafael Nadal called it negligence on Sharapova’s part and said she must face the consequences. He added he hoped it was an honest mistake but supported the suspension for using an illegal substance.

Grand Slam champ Jennifer Capriati. She was one of the first to respond. Here’s one of her quotes: “I never opted to cheat no matter what. I didn’t have the high prices drs (sic) that found a way for me to cheat and get around the system and wait for science to catch up.”

World No. 1 Serena Williams said it took courage for Sharapova to own up to what she called “a mistake”. Sharpova’s sponsors weren’t so sympathetic with Nike, Tag Heur and Porsche suspending all sponsorships deals with her on Tuesday. Head, her racquet sponsor, is standing by their star player.

The next big piece of the puzzle will continue to be talked about as Russia called it nonsense and said it has every intention of letting Sharapova remain as their first female flag bearer for the Summer Olympics. Time will tell if that happens.

World No. 2 Andy Murray was more than miffed about the announcement and said Head, which also sponsors him, should have dropped all ties with Sharapova. He noted that he has heard of 55 others who have tested positive since January in numerous sports. “They can’t all have heart problems,” Murray said.

Sharapova has pulled out of her last three tournaments with a left forearm injury and had already withdrawn from the BNP Paribas Open in Indian Wells, Calif. that is in its second week of tournament play.

Radwanska said she doesn’t take anything other than aspirin when she gets sick because she’s scared something will show up. Many other players share that same extreme caution to keep their sport clean. James Blake, who is retired and now a commentator for Tennis Channel, said during Sunday’s matches that he feels the same and worries about even a simple Vitamin C pill that could come up tainted because of anything added by the manufacturers.

The growing number of current players doubting Sharapova’s innocence in the matter say they feel cheated out of money that they may have lost to Sharapova when they played her while she was taking meldonium for the past 10 years. While no one has come out and said whether Sharapova’s usuage was limited or an everyday occurrence, it’s going to ramp up testing, or should, of all players. Murray said he’s only been tested about two or three times this year, “which clearly isn’t enough” he said.

On Monday, Steve Simon, CEO of the Women’s Tennis Association told the British daily newspapers that Sharapova’s drug violation was “terrible for women’s tennis”. He also added that “nobody is above the rules” and reminded everyone that Sharapova has taken responsibility for the failed drug test and he believes it was an “honest mistake”.

The growing number of players who feel cheated don’t appear to have the same feelings and say good for the WTA for catching another cheater.