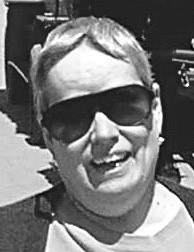 SHARON LEE REIGLE, 77, of Flint, MI, passed away and went to be with her Lord and Savior on January 24, 2021 with her husband at her side. She was born in San Francisco, CA on July 2, 1943 to John and Gertrude (Bouchard) Meredith. Sharon was born pre-mature and due to that fact, she was diagnosed with Neuropathy of Preterm at birth, being visually impaired all of her life. Cremation has taken place and a Celebration of Life Service with be held at Resurrection Reformed Church, 5225 Calkins Rd, Flint, MI 48532 on May 15 at 2 p.m.

Sharon received her Master’s Degree in Romance Languages from University of Michigan, Ann Arbor. Sharon started as a volunteer for the Service Center for the Visually Impaired in Flint. Sharon was offered and held the position of Certified Rehabilitation Teacher of the Adult Blind for many years, eventually retiring as the Executive Director of that agency.

She was joined in marriage to Gerald V. “Corky” Reigle, Jr. in December of 1974; they were married for 46 years and had no children. She is survived by her husband, Corky; sister, Jackie Schweigert of Yukon OK and sister-in-law, Sheryl Meredith of Grand Blanc plus several nieces and nephews.

Sharon is preceded in death by her parents, John and Gertrude Meredith and brothers, Mark Meredith and John Meredith III.

Those desiring to make contributions may be made to Resurrection Reformed Church, 5225 Calkins Rd, Flint, MI 48532 to the general fund.

Covid-19 restrictions will be enforced at the church.