Shop for a Cause: Help send youth group to work with the homeless 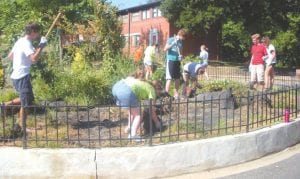 Landscaping at a low-income housing project was among tasks accomplished by YODA on a missionary trip to Washington D.C. two years ago.

FLINT TWP. — May the force be with YODA in an upcoming effort to raise funds toward costs of a missionary trip to Staten Island, New York.

In this case, YODA is not the pointy-eared Jedi master of “Star Wars” fame. It stands for Youth of Divine Action, the youth group at Resurrection Reformed Church, 5225 Calkins Rd.

Ten to 15 YODA members are planning a trip in late June to work with Project Hospitality (PH), said Kristi Kiel, church co-pastor with her husband Doug, who will be two of four adult chaperones traveling with the group.

Project Hospitality is an interfaith group that feeds the hungry, shelters the homeless and cares for others in need. The ministry hosts many groups like YODA, many of which stay at local churches and are asked to donate $150 per person to help cover costs of lodging and meals, Kiel said.

She estimates that YODA needs to raise $3,500 to $4,000 to cover trip costs including van rentals, gas and meals on the road.

They are planning a fundraiser from 10 a.m. to 1 p.m.. on April 13 that will bring together several local home party vendors for a shopping party under one roof. Those signed up so far include Tupperware, Origami Owl, Creative Memories, Tastefully Simple, Scentsy, Thirtyone, Lifeexpressions Decor, Stampin’ Up, Discovery Toys and Silpada jewelry.

Each vendor will be donating a percentage of their sales to YODA to help pay for the trip. Each will also donate an item of merchandise for a raffle or silent auction, Kiel said.

For out-of-town friends and family who want to contribute, several vendors will be doing “book parties,” in which orders can be placed online beginning April 8.

They are hoping proceeds from the fundraiser will cover at least half of the trip costs.

YODA initially planned the New York trip last year before Superstorm Sandy hit the East Coast, where they were expecting to do maintenance work or help out in the PH kitchens or food pantries, Kiel said. But in the wake of the devastation Sandy wreaked on Staten Island, YODA’s trip itinerary is yet to be determined.

“They haven’t been able to tell us yet what we’ll be doing exactly,” Kiel said. “We’ve told the kids to pack work clothes and good shoes and to be prepared for anything.”

The trip will include a day off for sightseeing in NYC. The youth want to visit the 911 Memorial, the United Nations and the Empire State Building, Kiel said.

But she stressed that the main purpose of the trip is service oriented.

“I want people to understand that we are sending this group to do this work on our behalf, as a gesture of our care and concern for the people in New York who have been through a really tough time,” she said.

The fundraiser also serves the purpose of inviting the congregation and the community to have a stake in what YODA is trying to achieve.

“This is an amazing and talented group of kids,” Kiel said. “They are very service oriented and eager to make a difference in the world.” 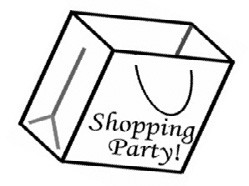 On a similar trip to Washington D.C. in 2011, YODA spent a week working with the homeless where their good works included landscaping at a low income housing complex, taking a group of homeless children to one of the Smithsonian museums and passing out blankets and dry clothing one rainy night to homeless people sheltered in a Metro station.

“To this day, the kids talk about the people they met and the conversations they had. It gave them a whole new understanding of what it means to be poor and what it means to reach out and care for others.” she said.

Despite hard economic times experienced locally by families and the church’s own finances, Kiel said they see the trip as worthwhile for the youth to meet and work with people who are less fortunate and to develop compassion and insights that will serve them the rest of their lives.

Hopefully, they will bring back stories that will inspire people here to make a difference where we live, Kiel said.