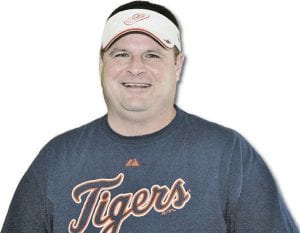 The Michigan Wolverines started their March out with a Big Ten Tournament Championship. Michigan, after a scary airplane incident, gathered themselves physically and emotionally to go on a sweet four-game winning streak. I figured after the airplane fiasco they probably were in no hurry to board an airplane any time soon. One has to wonder how much the airplane scare played into Michigan winning the tournament, or if at all? I thought the win against Wisconsin was a total, complete performance offensively and defensively for the Wolverines. It’s now NCAA time for the Wolverines and Spartans. Let’s look into the brackets and pick some upsets and some winners and see if your bracket and my bracket are on the same page!

Let’s start out in the East bracket. The No. 1 seed is last year’s champs, the Villanova Wildcats. I like this basketball team a lot. I remember when the critics were all over Jay Wright, the coach, for all of Villanova’s early departures from the tournament. My how things change when you win the championship. The No. 2 seed is Duke, a basketball team that is finally healthy and I consider them very dangerous to win it all. Actually they are the No. 1 choice in Las Vegas according to the casinos. I like the four-seeded Florida Gators to make a Sweet Sixteen run. I am not a huge Baylor backer and they will be bounced out in weekend one.

The eight-seed Wisconsin is under seeded; they should be a six or seven seed. They will have their hands full with the high-scoring Virginia Tech. I actually like the Hokies to take down Bucky the Badger. The Sweet Sixteen will be: Villanova, Florida, SMU (great defense) and Duke.

The West bracket has No. 1 seed Gonzaga. Is this finally the year Gonzaga gets something done in the tournament? All the previous years you hear about Gonzaga and they do nothing but choke! This is by far coach Mark Fews’ best team he has brought to the NCAA Tournament.

The Northwestern Wildcats make their first-ever trip to the dance floor. It will be one and done, as Vanderbilt takes them out. I like Notre Dame to win, but Princeton will keep this game close and make the Irish sweat out a victory. “Press Virginia” will face a stubborn Bucknell team, but should prevail. Florida State has the athletes and talent to go to the Final Four, but they no-show in too many games. The real sleeper is St. Mary’s, so keep an eye on them. Arizona is playing tremendous basketball right now, also. The Sweet Sixteen: Gonzaga, Notre Dame, Florida State and Arizona.

The Midwest bracket contains both Michigan and Michigan State. The No. 1 seed is Kansas. Kansas will have zero issues with its first two games, trust me. The Spartans meet Miami of Florida, the eight seed, and Sparty the nine seed. I think the Spartans will be one and done because the Miami Florida defense is too tough and can lock you down. The Spartans turn it over too much for me and that will be their demise. Iowa State is red hot and they will meet Purdue in round two and defeat the Boilermakers. The Rhode Island Rams are a tremendous sleeper pick. The Rams have a good team and are finally healthy. Please keep an eye on them. This will not be popular, but I also have Michigan going out early losing to either Oklahoma State or Louisville. The Sweet Sixteen: Kansas, Louisville, Rhode Island and Iowa State.

The South bracket No. 1 seed is the North Carolina Tar Heels. It seems like they are a No. 1 seed every year, doesn’t it? The No. 1 offense in the tournament is the three-seeded UCLA Bruins, who can score as fast as I pound an Oreo in chocolate milk! The defense is weaker than a wet paper towel, though. The Kentucky Wildcats come in as the No. 2 seed. The young cats are an up-and-down basketball team, but have the talent to win the whole thing. This South bracket is one loaded bracket if you ask me! The Middle Tennessee Blue Raiders are the talk of the bracket for a sleeper team. This basketball team returns all the players from last year’s monumental upset victory of the Michigan State Spartans. I actually like the Blue Raiders to make it to the Sweet Sixteen round. I would love to see the Wichita State Shockers meet Kentucky in a round two match-up. Sweet Sixteen teams: North Carolina, Kentucky, UCLA and Middle Tennessee. Let the madness get maddening!