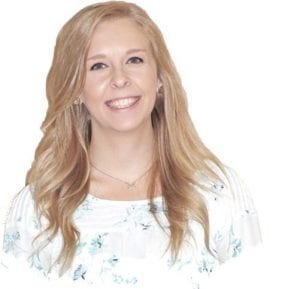 Editor’s note: The Fat Guy is chillin’ on a warm beach somewhere. Kylee Richardson is pinch hitting for him this week.

T he New England Patriots locked up their sixth

Super Bowl title on Sunday after beating the Los Angeles Rams in a low-excitement 13-3 win. With most of the country tired of the New England Patriots winning and angry at the NFL and referees for the Rams advancing on a blown call, Sunday’s big game wasn’t living up to the expectations of many before players even took the field.

But if you’re like me, and you’re a fan of New England, you were ready for history to be made. My family and I treat Super Bowl Sunday like a holiday, and even more so when the Patriots are playing. So, with a kitchen full of the most delicious food and a house full of people, and dogs, we were ready for the game.

The Rams won the opening toss and deferred to the Patriots, which appeared to be in the Patriots favor, as they quickly drove down the field. That is, until Tom Brady threw a pick on his first throw of the game at the Rams’ 27-yard line. Lucky for the Patriots, their defense decided to show up and forced a three-and-out for the Rams. The Patriots’ defensive effort was so outstanding that it ended up being the highlight of the game.

On the Patriots’ second drive of the game, kicker Stephen Gostkowski missed a 46-yard field goal. It was later announced that Gostkowski’s grandfather had passed away on Sunday and Gostkowski still suited up and took the field. Gostkowski eventually redeemed himself for the missed kick, though, as he made a pair of field goals and a successful extra point later in the game.

Both teams were held scoreless in the first quarter and the lone score of the first half was a 42-yard field goal from Gostkowski. The Rams punted six times in the first half and only picked up two first-downs. Statistically, the Patriots were running all over the Rams and should have had more than a 3-point lead heading into the locker room.

The Patriots put up 195 yards of offense while holding the Rams to just 57. New England also controlled the ball for 19:52. Jared Goff and the remainder of the Rams’ offense appeared to have missed the notice that the game had even started, while the Rams defense, which included newly crowned defensive player of the year, Aaron Donald, was nearly ineffective.

With the lack of excitement in the first-half, the only commentary that the lack-luster Maroon 5 half time show generated was endless criticism and numerous memes on social media making fun of the performance. Although, I did appreciate that Maroon 5 chose to leave politics out of the performance.

The second half saw a little bit more life from the Rams. On their third possession of the half, the Rams finally got on the board with a field goal, but it would be the only points Los Angeles would see all night. The only touchdown of the game didn’t come until late in the fourth when Rob Gronkowski picked up major yardage and rookie running back, Sony Michel, made the 2-yard push to the endzone. The Patriots eventually added another field goal.

When it comes to the Super Bowl commercials, the highlight for many was the Avengers: Endgame preview, as well as the Captain Marvel preview. Bud Light and Budweiser produced great commercials, as well with Bud Light providing the humor, with a surprise crossover from Game of Thrones, while Budweiser’s famous Clydesdales and Dalmatian made a reappearance. Xbox also made an impact and was one of the most talked about commercials, as it showed off its adaptive controller and featured multiple kids with disabilities using it.

Wide receiver Julian Edelman received his first-ever MVP nod after playing in four Super Bowls and winning three. He had 10 catches for 141 yards on the game. Edelman is only the seventh wide receiver to ever be named MVP of the Super Bowl. Edelman has been Brady’s go-to man for much of his career with New England and is finally starting to get the recognition he deserves after nine seasons in the league.

Not only is this the Patriots sixth franchise title, but it is also coach Bill Belichick’s and Brady’s sixth championship as well. This is the first-time ever in sports history that both teams in two different sports championships were from the same city. Just 98 days prior to the Super Bowl, the Boston Red Sox beat the Dodgers to win the 2018 World Series.

Unfortunately, we more than likely have seen the last of Gronkowski after he has battled injuries his entire career and has been contemplating retirement since last season. He is expected to announce his decision within the next two weeks.