Sloan among other state projects to receive state funding 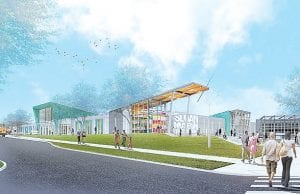 LANSING — Projects which will support growth and economic opportunity in three communities around Michigan have received support from the Michigan Strategic Fund, the Michigan Economic Development Corporation (MEDC) announced today. In total, the projects are expected to generate a total investment of $30.6 million and create 16 jobs in Michigan.

Flint Cultural Center Corporation plans to renovate and expand the existing Sloan Museum in downtown Flint. The project is consistent with MEDC’s goal of developing unique places to attract talent. It also meets local objectives by providing improved facilities which allow the entire community to utilize the Sloan Museum as a community hub and gathering place.

Officials hope it will serve as a catalyst for more growth and economic activity in the community. Restoration of the Sloan Museum builds on the momentum of redevelopment in and around downtown Flint spearheaded by private development in partnership with foundations and agencies like MEDC.

In addition, the new exhibit spaces will give the community new opportunities to learn about science and history through exploration, discovery and action. The completed project will provide early childhood learning, act as a STEM and social studies resource and assist with workforce development. The project is expected to generate a total capital investment of $26.5 million and create an estimated 16 new jobs, resulting in a $1 million Michigan Community Revitalization Program performance-based grant.

Local support for the project includes a reduction of permit fees by the city of Flint, estimated to be $99,185. The city of Flint, like other communities in the area, is also engaged with the MEDC’s Redevelopment Ready Communities program.

Other projects are the transformation of vacant historic building in Battle Creek to become the New Holland Brewing Company restaurant, and in the same line, Battle Dog, LLC plans to redevelop a vacant historic building and adjacent surface parking lot in downtown Battle Creek into a restaurant with onsite brewing and distilling, as well as a seasonal outdoor beer garden. — P.S.