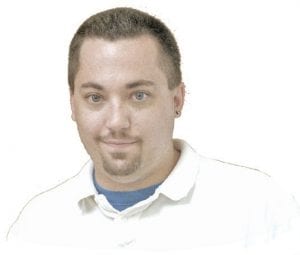 The Fat Guy is on vacation this week. Sportswriter Brandon Pope is pinch hitting for him this week.

A s a life-long Michigan fan, I was not looking forward to watching this past Saturday’s game between Michigan and Michigan State at the Breslin Center. For years, the Spartans have tortured us on the court and this is probably the most hyped squad that Tom Izzo has had in East Lansing since the days of the Flintstones.

To my surprise, and I’m sure many others, it turned out to be quite enjoyable for me in Michigan’s 85-75 win. And then I began to think about other recent games where State had struggled. The Spartans just came off of a game where they barely beat Rutgers in overtime, and the game before that, they were routed by Ohio State.

So, what is the problem here? Is this just a minor slump in the season, or is this team possibly not as good as perceived? Well, I did notice a couple of things on Saturday. For one, Izzo rotates a bit too much. A lot of the guys that should frankly be at the bottom of the depth chart (i.e. Tum Tum Nairn) get far too much playing time.

Secondly, Miles Bridges needs to take over. The kid is an athletic phenom and needs to show that he is the alpha dog on that team. He becomes far too passive. I get it – you want to play team ball, and I like that attitude. But in crunch time he has to be the one to get the job done.

By the way, I think Michigan enjoyed that win a little too much. They narrowly escaped with a one-point win over Maryland on Tuesday, a team that State plowed through.

I think they’re both a couple of solid tournament teams, but State needs to get it figured out. With the talent that they have on this team, especially knowing that most of it leaves for the NBA this summer, it’s national championship or bust.

This Sunday’s matchups for the NFC and AFC Championship games are really interesting, and I’m excited to see how it pans out, especially considering how entertaining the NFL Playoffs have already been. There’s really only been one blowout, and Sunday’s game-winning touchdown for the Minnesota Vikings was absolutely thrilling.

Minnesota’s defense is one of the toughest in the league, but it won’t be an easy feat when they hit the road to face the Philadelphia Eagles. Most people discount the Eagles due to Nick Foles filling the quarterback role, but he wasn’t bad on Saturday and you can’t forget how stacked the rest of the team is.

Foles has an abundance of weapons at running back, tight end and wide receiver and the Philly defense held the potent Atlanta offense to just 10 points last week.

With that being said, they’ve got their work cut out for them against the Vikings’ defense. I had them on my fantasy team this year, and trust me, they did not disappoint. Their offense, however, is pretty underrated. Case Keenum has had a great season under center, and even though Dalvin Cook is out for the year, their running back core by committee has really stepped up.

As for the AFC Championship, I’m sure everyone is expecting the New England Patriots to make it back to the Super Bowl. Would I be surprised by that? Of course not. They win AFC Championships more than it snows in Michigan. You can never count out Tom Brady, especially at this time of year, and now that Chris Hogan is healthy and back in the lineup, their offense looks unstoppable.

The only thing standing in their way of heading back to the Super Bowl is the Jacksonville Jaguars’ defense, which has single-handedly won them games this year. It mostly had to because of the poor play of quarterback Blake Bortles, but for some reason he decided to finally show up last Sunday.

I was going to talk about the Red Wings and Pistons, but there really isn’t much to talk about. And judging by the crowds at Little Caesars Arena, you don’t want to hear about them anyway. The Pistons are clinging to a playoff spot, but they’ll get swept in round one. bpope@mihomepaper.com