Snap Fitness expands and is hiring 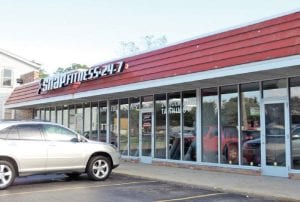 Snap Fitness has expanded into an adjacent space and added space for cardio classes, Zumba, Yoga and more.

On September 21, the gym began offering cardio classes in its new 1,250 square-foot aerobic studio. The studio is set up in an adjacent space formerly occupied by a clothing store, next door to the established 3,750 square-foot gym.

Management has a lot of ideas for the studio including Yoga, Zumba and perhaps even hip-hop classes as soon as trainers are hired to teach them, said Tony Zerka, manager and son of owner George Zerka.

Zerka owns the entire strip plaza including a convenience store. He reopened the Snap Fitness Center in October 2012 a few months after a former one moved out after successfully operating there for about seven years.

Snap Fitness is a 24-hour gym where members come anytime that works best for them by using a swipe card key to gain access to the building. 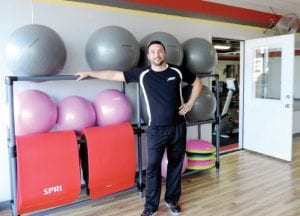 The group fitness classes will be offered morning and evening by gym trainers.

Before opening the aerobic studio, the gym had limited space to offer group classes and even resorted to using outdoor space behind the building during warmer weather, Zerka said.

The new studio has wooden floors, mirrored walls, and a sound system. It also has new equipment including mats, stability balls, medicine balls and dumbbells.

Classes kicked off bright and early last Monday morning at 8:30 a.m. with 2nd Chance, a 25-30-minute class designed for people recovering from injuries, Silver Sneaker (older) members and anyone else who feels like they are out of shape.

The second inaugural class was an evening workout at 7 p.m. Transformational Training Camp, taught by Melanie Vaughn, is designed for people who want to tone up, lose weight, improve endurance and greatly change their body.

Both classes are offered more than once during the week. Other classes scheduled so far include Glutes to the Max, aimed at butt and thigh toning; Superhero Project, high intensity interval training; and Strength and Power.

Zumba and Yoga classes will begin as soon as the right trainers are hired. Applications are being accepted, Zerka said.

Group classes will be open to non-members at dropin rates but members will receive a better deal including bundled rates, Zerka said.