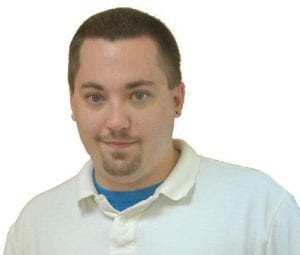 Editor’s note: The Fat Guy is on vacation this week.

Well, all of the speculation regarding the future of Detroit Lions’ defensive lineman Ndamukong Suh finally came to a close this week. After weeks of will he or won’t he, it became public that he clearly won’t be sporting Honolulu blue and silver this fall.

In the words of LeBron James, Suh is taking his talents to South Beach.

Although he hasn’t quite officially signed the contract, it’s pretty much a done deal. Suh is expected to make $114 million over the next six years, $60 million of which is guaranteed.

How will this impact the Lions this coming season? Well, it definitely hinders the defense’s ability to put pressure on the opposing quarterback. You can argue until you’re blue in the face about how productive he was or how much of a detriment he could be at times, but the fact of the matter is, if nothing else, he would draw double and triple teams, leaving a lot more room for teammates to get into the backfield.

However, getting Suh off of the Lions’ payroll could really open up some possibilities in free agency to add depth to an already talented roster. The real pressure, though, is going to be on the offense.

Don’t get me wrong, the Lions’ offense can be very productive, but at times it massively underachieved. There are just too many weapons on that offense for them to not come up big in the critical moments of games.

I am very pleased to say that the Red Wings are in third place in the Atlantic Division with 85 points and a 37-17-11 mark. Even in losses they have looked quite impressive. After suffering back-to-back losses to Calgary and Boston, Detroit bounced back on Monday with a 5-2 win over Edmonton.

Are they the Wings of yesteryear? Obviously not, but after the past few years of wondering if Detroit would even make the playoffs, it’s a breath of fresh air to see them rise back to one of the top teams in the conference.

The youngsters on the squad have gotten used to the level of play in the National Hockey League and that means great things for the Red Wings’ future. Tomas Tatar and Gustav Nyquist are turning out be exactly what general manager Ken Holland had hoped for when he drafted them.

The only thing that has had me concerned in recent weeks is goaltending. Jimmy Howard can be a solid goalie at times, but after returning to the ice this year, he’s been a bit streaky.

He’s had to shake off some rust since coming back from injured reserve, but his performance between the pipes needs to be stellar come mid-April or else we’ll see another first-round exit. He usually steps his game up by that time, but we’ll see.

Normally, this time of year gets the adrenaline pumping as the men’s NCAA Basketball Tournament is right around the corner. But if you’re a Michigan fan, like myself, you’re not too thrilled about this season’s conclusion.

Congratulations to all of you Spartans out there. I know this wasn’t necessarily the kind of season that is expected at Michigan State, but 21-10 is still a solid record. Not to mention the fact that Sparty can, to a certain extend, fly under the radar in the tournament. The rest of the country seems to be overlooking how good this team is and what they’re capable of, but that might be due to the steep decline in the depth of the Big Ten.

As for the maize and blue, this season has been pure misery at times. After losing Nik Stauskas, Glenn Robinson III and Mitch McGary to the draft, Jordan Morgan to graduation and Jon Horford in a transfer situation, we all knew this would be a reloading year, of sorts, for the Wolverines.

But then Caris LeVert was lost for the season and Derrick Walton got hurt later on, leaving mainly Spike Albrecht and Zak Irvin to shoulder the load. Although there were big contributions from Muhammad-Ali Abdur-Rahkman, Aubrey Dawkins and Ricky Doyle, this team just isn’t ready yet.