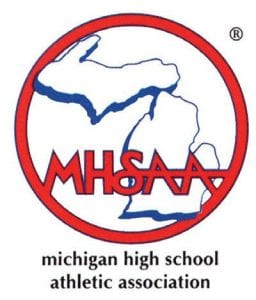 In 2011-12, the MHSAA Lower Peninsula Boys and Girls Soccer Tournaments return to four equal divisions after 11 years under the “20 Percent Modification.”

Under equal divisions, an equal percentage of schools that actually sponsor the sport is placed in each MHSAA division for that sport’s tournament. During 1999, the MHSAA conducted a study of all sports for which “equal divisions” had replaced traditional classifications (A, B, C, D). The number of players needed to compete and the nature of the activity were assessed along with the difference in enrollment between the largest and smallest schools in each division of each sport.

As a result of this study, soccer alone – because of the number of players required, the physical nature of the sport and the range in enrollment for the smallest division of schools – was selected for the 20 Percent Modification where, for each gender, 20 percent of the schools that sponsor Lower Peninsula soccer were placed in Division 4, and the remaining 80 percent were divided equally in Divisions 1, 2 and 3.

While this system has reduced the enrollment range in Division 4, the additional schools in the larger divisions have begun to crowd those District tournaments as the number of schools sponsoring soccer has increased.

The recommendation to return soccer to equal divisions was made twice by the MHSAA Soccer Committee and was endorsed by the MHSAA Classification Committee. A survey of soccer schools also supported the change, which the Representative Council approved in March for the 2011-12 school year.