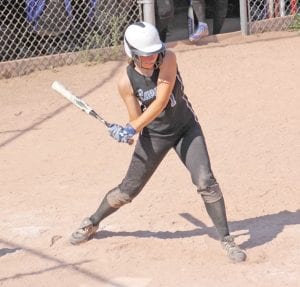 Sarah Thurston and the Carman- Ainsworth softball team were eliminated from the district playoffs last Tuesday against Swartz Creek, 10-0. Creek moved on to the semifinal, falling to Kearsley, 3-0, while Saginaw Heritage shut out Flushing in the other semifinal, 6-0. Heritage eventually won the district with an 8-5 victory over Kearsley. — B.P.