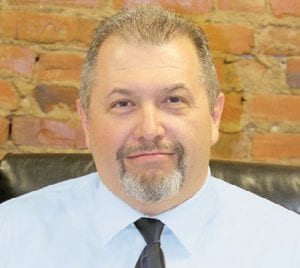 I was sitting back the other day thinking about all the times in my life I’ve thought something was going to be a great idea, but in reality it turned out to be a huge mistake.

Yes, that’s right, I’ve made some mistakes in my days — some of them were just stupidity, others were simply bad luck, but almost all I’ve chalked up to being part of the learning curve.

Here’s a sample of what I came up with:

“Let’s just light off some sparklers, no one will know!” — Words spoken by a young friend of mine when I was six. With a pack of July 4th sparklers and a lighter we picked up somewhere we proceeded into a dry field of grass, surrounding by apple trees, and lit one to watch it burn. Moments later the whole field was ablaze. Learned the whole “don’t play with fire” lesson on that one.

“I’m just going to let the dog out for a minute.” — At seven or eight I was supposed to keep the dog in while our pet ducks were out in the yard. But for some reason I let old Rex out and he bee lined to the ducks and grabbed one up in his mouth. My father came to the rescue, securing the dog in a chokehold and pounding him on the head until he finally let go. Fortunately the duck survived — with a limp.

“My tags are only expired by one day, I’ll go to the Secretary of State office tomorrow.” — Probably would have been fine that day except I ended up with a flat tire and tried to drive my daughter to school on it because I couldn’t find a working air pump, attracting the attention of the nice police officer who thought I looked “suspicious” driving 5 mph on a flat tire. So I ended up getting a ticket for the bad tags — happy birthday me!

“I bid $1,500!” — Bought me a nice little 1978 Chevy Chevette at a used car auction back in 1984. Paid for it, slapped a plate on it and started driving home. One mile down the road the fuel pump went and I ended up on the side of the road. Several hundred in car repairs later the car finally made it home.

Last time I ever attended a car auction.

“Let’s shoot bottle rockets at cars!” — Teenagers do the darnedest things! My friends and I decided one night when we were like 17 or 18 to go fire off bottle rockets at passing cars from a remote hilltop. After popping them off over five or six cars, someone suddenly started shooting them back at us. Thinking it was a member of our party playing a joke some of us decided to rush the source of the incoming rocket fire — only to discover it was two adults who we had apparently shot at earlier. They were none too happy with us and we barely escaped bodily harm. Thankfully all they shot at us were more bottle rockets.

The pattern I see here is I have issues with fireworks, fire and cars because oddly, I have plenty more stories I can’t repeat here involving all three subjects. Maybe I never really did learn the lessons of life as I should have.