Songs in the “key of my life” playlist 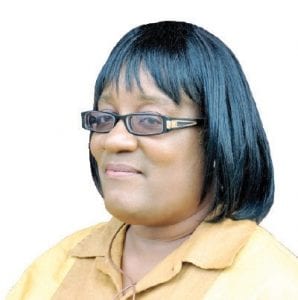 Lately it seems like all the musical artists I loved growing up — and for most of my life — are dying or retiring.

Last month, Aretha Franklin, who turns 75 on Saturday, announced her retirement. She’s a fellow Detroiter so growing up, I occasionally saw her around town or at her father’s church but I’ve always had immediate access to her through my record collection.

I was singing R-E-S-P-EC T even before I actually found out what it really means to me. She sang at Martin Luther King’s funeral and at Barack Obama’s inauguration.

I recall being able to hold myself together during quite a few funerals of famous folks until the Queen of Soul got up to sing. Something about the timbre of her voice is an emotional trigger for me. I am transported back to special times, places and people in my life when I hear “Don’t Play that Song for Me,” or “Bridge Over Troubled Waters,” “Natural Woman,’’ “I Say a Little Prayer” and “Freeway of Love” to name a few.

Franklin said she’s going to record one more album with Stevie Wonder, to be released later this year, before she hangs up her golden vocal chords. Yay!

Speaking of Stevie, who is nearly 67, he is another artist I grew up with and am glad to still have around when so many others have passed on. His “Songs in the Key of Life,” album remains one of my all-time favorites.

A for-fun question I heard asks what five albums (CDs) would you choose to have with you alone on a deserted island. (Assume you have a means to play them).

I’d definitely want a collection of Aretha and Stevie’s greatest hits. That leaves only three more.

I’d also have an R. Kelly collection of hits. Yes, I know Kelly got into legal trouble a few years back because of his raunchier ways but I separate the artist from his misdeeds. R. Kelly has a spiritual side and those are among my favorite songs including “I Believe I Can Fly,” “The Storm is Over Now,” “Hold On, “or “Sign of a Victory.” My fourth “island” CD would definitely be a greatest gospel compilation featuring favorites such as Kirk Franklin, Shirley Caesar, the Staple Singers, the Winans, Hezekiah Walker, Whitney Houston and, of course, more Aretha.

My final choice would be a CD never sold in any store. It is a compilation of love songs my husband and I put together as our wedding favors. Sam Cooke is on there along with Kenny Rogers, Whitney Houston, Bebe and Cece Winans, Barry White, Joe Cocker, Natalie Cole, Gladys Knight & the Pips, Luther Vandross, Boyz 2 Men, Bootsy Collins and several more ’80s greats.

Call me an Old Fogey but I prefer Old School music over what passes for music nowadays. I grew up in the Motown era. That’s the music and artists that will always be on my playlist. rsanders@mihomepaper.com