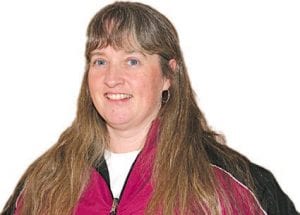 The celebration continues as I write this on Saturday evening, as the Michigan State football team did what no other has done since 1990— win a Big Ten title. On top of that, our boys in green and white snapped a decades old loss record against the Nittany Lions of Penn State that dated back to 1965. Now that’s something to be proud of!

The biggest celebration though, surrounds our co- Big Ten title that we now share with Wisconsin and Ohio State, all at 11-1 on the season. Michigan didn’t help us out one bit, either, as an upset of the Buckeyes could have helped punch our ticket to the Rose Bowl. Instead, and as no big surprise, the Wolverines were tripped up by Ohio State, 37-7, slipping to 3-5, 7-5 on the season. Wisconsin controlled its own destiny, too, with a 70-23 thrashing of Northwestern, another game everyone in East Lansing was champing at the bit to see go the other way. Oh, well.

Now our bowl fate lies in the hands of the BCS folks, who were reminded emphatically by MSU coach Mark Dantonio at the postgame press conference that MSU beat Wisconsin this season, “and convincingly”, as he repeated twice. We handed the Badgers their only loss of the season, while ours came at the hands of the big yellow and black International Harvester otherwise known as Iowa. MSU played a tougher schedule this season, but the political voting from the BCS will send the Badgers to Pasadena, and MSU will likely end up at the Capital One Bowl in Orlando to face Alabama or another SEC team. Kirk Cousins said it best when asked if MSU cared which bowl game it was bound for: “We don’t care” was his response as he celebrated the Big Ten title that he pointed out no one can take away from the Spartans despite all the political polls and rankings. When the new rankings were released Sunday, MSU still trailed Ohio State. Whatever. This is what people love or hate about the BCS.

Oh, and to those who wrote in last year when I was singing the praises of Kirk Cousins ahead of then-

Oklahoma transfer Keith Nichol…talk to the big green MSU foam No. 1 finger. He’s proven his worth and then some, as has Nichol in his new role as wide receiver. Nichol also showed why he was a five-star recruit for the Spartans when he was called back into his quarterback role against Penn State in the third quarter, throwing a touchdown pass to Charlie Gant when Dantonio chose to mix things up again to keep Penn State on its heels. Cousins, Nichol and Keshawn Martin are a threat and then some if you throw in

Aaron Bates, the former quarterback and current MSU kicker, who proved earlier this season that he can still throw when necessary. Gutsy call, coach D.

Cousins, a junior, has the steadiness and poise of many senior veterans. I noticed that when he backed up Brian Hoyer. Good for us that he’s back again next season. He’s marching steadily up the Spartans’ career mark list in several categories. He’s eighth in pass attempts with 691, sixth in pass completions with 446, sixth in passing yards with 5,685, sixth in touchdown passes with 41, just one behind Drew Stanton, and first in passer ratings at 147.7. Not bad for a banged up signal caller nursing a bad shoulder and ankle that required pain killer shots two weeks ago. Nothing short of a compound fracture was going to pull him out of any game this season.

The score should have remained 28-10, but as we often do, the Spartans got a little careless at the end and resulted in two critical turnovers that let the Nittany Lions score two touchdowns late in the game. Our Mr. Robinson, Trenton, will certainly be schooled in what to do with an interception caught in the endzone after choosing to run the ball, fumbling it away in the process. That had to be a fun moment on the sideline going face-to-face with Coach D after Penn State turned around and scored a touchdown off his mistake. Ouch!

Let’s not forget Edwin Baker. He tore up the soft underbelly of the Lions at will and it often took four or more guys to stop him from moving the chains. Someone get the kid a shirt that says: Runs Like Bull.