Sparty, UM and Lions oh my! 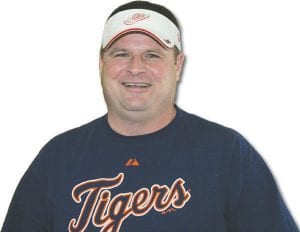 The first college football weekend is over for 2014. There were two near upsets on opening weekend. Ohio State survived a scare from Navy before pulling away late in the football game. With quarterback Braxton Miller out of the Buckeyes’ starting lineup it was truly evident as they struggled offensively for the majority of the game.

I thought West Virginia gave the Alabama Crimson Tide a good test of how good Alabama will be. “Bama” had to play hard to win that game over West Virginia.

The biggest scare came late night when the Oklahoma State Cowboys almost took down No. 1 Florida State. The Seminoles were large 19-point favorites in Jerry Jones Stadium in Dallas. A huge fumble by the OSU quarterback J.W. Walsh hurt the chances of the Pokes’ upset bid.

The best game of the weekend was the Wisconsin and LSU game where LSU scored 21 unanswered points for a comefrom behind victory.

Michigan State’s tune up game against Jacksonville State went according to the book of Hoyle. MSU whitewashed Jacksonville State 45-7. The Spartans now travel to the great Far West and play a highly-ranked Oregon squad. I believe MSU can go out to Eugene, Ore. and pull off the upset.

Oregon struggles with tough physical football teams. The Stanford Cardinal are the proof in the pudding for that observation. MSU needs to go into this football game and impose its physicality offensively and defensively. Basically smash the Ducks right in their bills.

Oregon is loaded with speed and MSU will have to be ready on defense to stop Oregon’s tremendous speed. I really think the Spartans have the talent to pull off the upset.

The question is, will they?

I will say this: if they can, they will have put themselves in the hunt for one of the four team playoff spots in college football. The crystal cheeseball says Quack Attack 27 and Sparty 23.

The Michigan Wolverines travel to South Bend, Ind., in a night game against the Golden Domers of Notre Dame. The Irish man handled the Rice Owls in week one at home. The Wolverines handled a weak Appalachian State football team at home. This game will be a true test for both football teams. It’s a darned right shame that this rivalry game is coming to an end. The Irish have high hopes coming into this contest as quarterback Everett Golson is back under center. Notre Dame is so much better with him under center offensively.

Can the Michigan defense contain him? I think that is one of the keys to this game quite honestly. The other one is: Can Michigan keep its running game going with its inexperienced offensive line. The crystal cheese ball says Lucky Irish 31 and Blue in The Face 27. Let’s all hope my cheeseball predictions are wrong!

The NFL season opens up Thursday night in Seattle with the Seahawks hosting the Green Bay Packers. What an awesome opener for the country to watch. The defending champs have tremendous defense against the great Mr. Rodgers the quarterback for the Green Bay Packers. Seattle is the toughest place to play in the NFL, bar none. The crowd will be rocking and so will the Seahawks’ defense. Prediction: Seattle 30 and Packers 23.

The Lions open up on Monday night against the New York “Football” Giants. It is the Lions’ only Monday night game this season. Ford Field and the crowd will be ready!

The big question is, will the Lions football team be ready? Detroit is supposed to win this game at home. The Giants have offensive line issues and have struggled in the pre-season and last year. Eli Manning can be either good Eli or bad Eli. The good Eli can scorch the Lions defense for tons of points. However, call it my Lions blood or Lions emotions taking me over: I love the Lions in this football game! Yes, the passion and fever has struck the Fat Guy once again. Pass the Kool Aid; I am thirsty! Crystal Ball pick: Roar Some More 34 and Giant Losers 24.