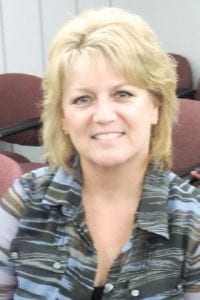 After many years working in the C-A school district, Marybeth Goodheart, director of student support and special services, is moving on a position at the GISD.

FLINT TWP. — The Carman-Ainsworth Board of Education has accepted the resignation and said its official goodbyes to Marybeth Goodheart, its longtime director of Student Support and Special Services Staff.

Goodheart is moving on to an Early Childhood Services position with the Genesee Intermediate School District but she still will be working with C-A preschoolers as well as others countywide.

Goodheart praised the district and said her reason for leaving are to pursue a new opportunity and be able to spend more time with her family.

C-A Superintendent Eddie Kindle praised Goodheart for the “passion and pride” she brought to assisting students and families with special education needs for more than two decades of service.

“She has the respect and admiration of her peers and that is the highest compliment to pay her,” he said, adding that the district will keep her on speed dial.

Patrice Hatcher, C-A board president, also praised Goodheart for doing an awesome job and leaving behind big shoes to fill.

Goodheart said efforts were underway to find her replacement and ensure a smooth transition. Her last day is Oct. 7.