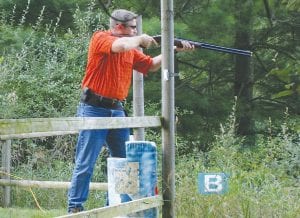 METAMORA
— Carrying on a tradition that has paid off big time over the last decade and then some, the Tall Pine Council Boy Scouts of America will celebrate its 14th annual Sporting Clays Tournament next Friday, Aug. 13.

The event, which came into play when the Tall Pine Council was thinking outside the box when its annual golf outings began to lag in participation, takes place at Hunter’s Creek Club in Metamora. The Council, which supports scouts in Lapeer, Genesee and Shiawasee counties, draws participants from near and far. This year the tournament welcomes new sponsor and partner UAW Local 598, Flint Assembly and GM.

“They are our new corporate sponsor this year and are excited to promote primarily their new HD Silverado at the event,” said Tall Pine Council director of finance Marilyn Costigan.

The tournament itself is important for the scouts and the communities they reside in. The TPC partnered with owner Charlie Mann of Hunter’s Creek Club seeking a new and unique way to raise money that could draw more than just golfers. Tying into its shooting sports—something a majority of its scouts participate in— the Council saw great success in its new efforts, and that success just keeps coming despite the sour economy.

“All non-experienced and experienced shooters alike are welcome!,” Costigan stressed. “This is a special and important fundraiser for the Scouting program in our community. John Grzecki of Troop 340 organizes all our scouts and puts them out on the stations to keep score and run the stations. Participant fee is $180 and includes a 70-bird shoot, 12-gauge or 20-gauge ammo, lunch, wild game dinner, prizes, goodie bag and fellowship at a great venue. We have open spots for individual shooters and 5-person squads.”

The scouts have told the VIEW in past years that they’d rather be shooting with the participants, but also recognize that without the support of the communities they’d likely not have their own shooting opportunities. Instead, they spend the entire day parking cars, manning the course stations and keeping everyone honest. Having the scouts on hand serves as a reminder to what the day is all about.

The many scouts I have talked to in years past when covering the event or shooting in it look forward to the day and their involvement. With men and women shooting throughout the day, the boys also get some prime opportunities to talk with shooters and to even get a few pointers as they witness the varied levels of shooting, some misfires, and the skill needed to blast the clays.

The course is outstanding with swamp shots, open flats, and overhead shots, with a few requiring a keen eye as the birds come from some well-placed stations.

“Everyone that comes out or helps or sponsors the tournament or individual stations, we’re always so grateful for that support. It’s important that we keep reminding everyone what scouting is all about–the kids,” Costigan added.

Mann and his staff put on a spectacular wild game dinner and auction following the shooting. A gun raffle and auction items that include wildlife prints, hunts, equipment and more keep the fun going into the evening, where awards also are handed out to the high scoring shooters in each division. Dinner-only tickets can be purchased.