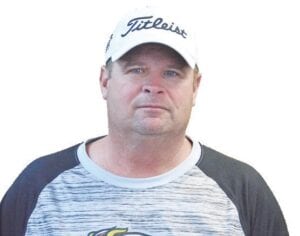 The sports world in the great State of Michigan is a sad state of affairs.

The Lions absolutely stink, as they always do by the middle of November no matter the year or decade. The Michigan Wolverines look like an average football team and the Jim Harbaugh era as coach at Michigan stinks. The Michigan State Spartans were railroaded at Iowa after showing signs of life with a victory over Michigan the week before. I am already looking forward to college basketball season!

Let’s start with the Michigan Wolverines rant first. This Jim Harbaugh is getting paid around $8 million a year to coach Michigan. The Harbaugh contract expires three days after the last game in the 2021 season. The fact is, coach Harbaugh is 47-18 as Michigan’s football coach, which I believe to be an underachieving record at Michigan. This is not what Michigan fans expected, I am sure of that, when they passed out the (cheddar) money on his contract.

The main issue with Harbaugh is Michigan is 2-12 against Top 10 teams. Jimmy can never beat Ohio State, the bitter rival, and has been blown out in a couple of the games. The embarrassment of not beating Ohio State is killing the Michigan faithful, trust me. Jimmy has also lost four straight bowl games. The bottom line is, coach Harbaugh is paid like a top college coach and the results on the football field do not match the money he is receiving. The loss to Indiana last week was brutal as it was Indiana’s first win over Michigan since 1987! One must ask, is it time for Michigan to pull the plug on the quirky non-producer of significant football wins who is not worth the money? We shall see real soon. The Wolverines will host the Wisconsin Badgers at 7 p.m. The game is on ABC television. 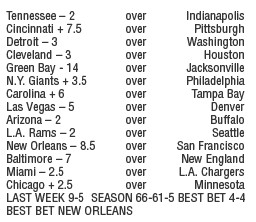 The Spartans went to Iowa and received an Iowa Hawkeye football whipping 49-7. The quarterback play by Rocky Lombardi was terrible as he tossed three picks and completed a pitiful 46 percent of his passes. The Spartan’s defense was a no show against the run, as Iowa rolled up 226 yards on the ground and allowed 5.1 yards per carry. The expectations in East Lansing starting the season were low, so I can give them a free pass. I will continue to monitor the Spartans progress on the football field and improvement should show up as the season goes. The Spartans will host Indiana at noon. The game is on ABC television.

The Detroit Lions laughable season continued its comedy last Sunday in Minnesota. The Vikings 34-20 win was predictable and, of course, the Lions made the prediction come true. The ineptness of this football team is sickening to watch every single Sunday. How the owners of the Lions can watch this debacle of a head coach stink week in and week out is ridiculous.

The Matt Patricia era needs to end and end now! I say take the pencil, turn it around and erase this loser of a coach right off the sidelines. It’s apparent he is clueless and winning games is never happening with him in charge of the Lions. The Lions are losing fans and losing them rapidly, trust me. The season ticket holders should be thankful they aren’t having to endure watching this team at Ford Field this season. The Same Old Lions once again in 2020! I ask, does it ever stop? My fat gut says not in my lifetime! Come on get rid of the PENCIL HEAD! Wake Up Ford Family!

The Masters is this week, and I love watching the Masters. It seems so strange to have the Masters being played in the middle of November. I think it will be interesting to peek at the ratings seeing how it has to go up against the NFL this weekend. The Masters in April draws huge ratings because they pretty much have the sports world to themselves. The favorite to win the Masters in 2020 is Bryson DeChambeau followed by Dustin Johnson, Jon Rahm and Rory McIlroy according to the boys in Vegas. The fat guy’s prediction you ask? I like two players actually, one of them is Tyrrell Hatton and the other Colin Morikawa. I hope one of these two wins to make me look good! I can be reached at thefatguy@mihomepaper.com.