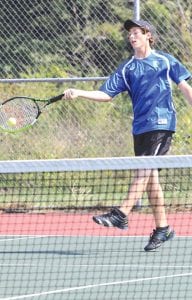 The Cavaliers were off over the past week, but get back on the course today for the Genesee County Meet at Dutch Hollow and are at the Goodrich Invitational on Oct. 13. — E.H.

Carman-Ainsworth traveled to the Jewel on Monday and narrowly lost to Ortonville Brandon, 192-210. Scores were not reported by deadline.

The Lady Cavs put forth an impressive performance at last Thursday’s Saginaw Valley League Championship Tournament, placing third out of the 12 teams competing with a 376. Flushing came in first with 330, Davison in second with 353, Midland Dow had a 389, which tied it for fourth place with Flint Powers Catholic, which also recorded a 389.

Individually, the Cavaliers were spearheaded by Meghan Borgerding’s performance, shooting an 83 on the day. Mikaila Garrison followed up her teammate with a 89, while Selena Johnson shot her way to a 98. Aulbany McComb finished the tournament with a 106. — B.P. 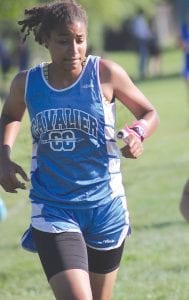 The Cavaliers wound up their regular season with a 7-1 loss to Saginaw Nouvel in a nonleague meet Sept. 26 at Saginaw. Noah Reed got Carman-Ainsworth’s only victory with a 6-2, 6-0 win at No. 1 Singles, but the Cavs battled to three sets in two other matches.

Carman-Ainsworth will play in the Saginaw Valley League meet today at the Midland Tennis Center. — D.N.

The Lady Cavs put on a serving clinic against Flint Northwestern on Tuesday, dispatching Northwestern, 25-5, 25-15, 25-9.

Alexus Colby led the charge with 21 points and a stunning 14 aces, while Monica Townsend had nine points and four aces. Aubrey Mikovits had five aces and eight points and Kayla Tigner had three kills and eight assists. — L.P.