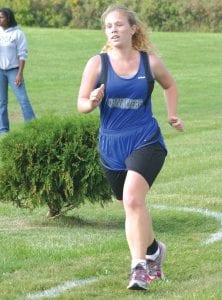 Cassandra Pelkey has been one of the Cavaliers’ top runners this season. 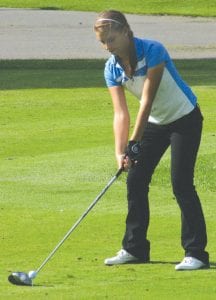 Soccer Progress was evident when the Cavs took on Flushing for the second time this season, this time falling just 2-0. Coach Jay Witham noted that the loss, although a shut out, marked improvement from the 7-1 loss the team swallowed against the Raiders in their first meeting of the season. “It was a pretty even match, but we gave up two early goals, just as we have done all season. That’s been our story all season. We give up a couple early goals then settle down and play good, solid soccer.” Witham noted that although his squad is winless

on the season, he is pleased with the signs of toughness and competitiveness that the boys are displaying. The Cavs faced undefeated Goodrich, which sits at 5-0 Genesee Area Conference yesterday after we went to press, then takes on Big Nine rival Flint Powers Monday. Last Wednesday, the Cavs took on No. 8 ranked Div. 3 Detroit Country Day at Country Day, only to get blanked, 8-0. “They were just a bigger, faster, stronger team,” said Witham. — L.P. 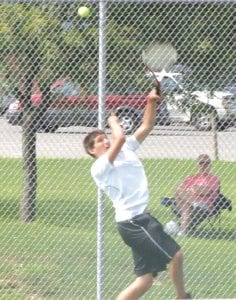 Carman-Ainsworth’s Ricky Frazier worked the court at No. 4 Singles for the Cavaliers’ varsity tennis team on Aug. 17 at the Optimist Tennis Courts at Lapeer West.

Tennis The Cavs were in action against Saginaw Nouvel on Tuesday, which did not meet our press time