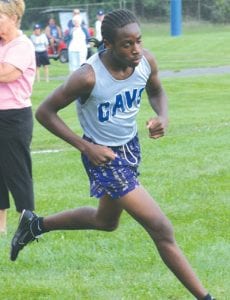 The Lady Cavaliers were scheduled to attend the Saginaw Heritage Relays last Saturday, but instead chose not to attend. Carman-Ainsworth will host Davison for a Big Nine contest on Oct. 20. — M.S.