DETROIT — Former Lady Cavaliers runner Devin Willis is currently competing in her freshman season with the women’s track and field team at Marygrove College. Highlights include finishing sixth in the 200m with a time of 29.07 and 40th in the 400m by clocking in at 1:14 on March 31 at the Toledo Collegiate Challenge. — M.S.

BURTON — The Flint Junior Golf Association will keep its online registration open through Monday, May 13, with play beginning on June 17. 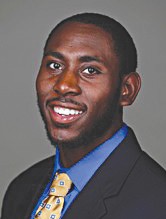 For the second straight year, FJGA will extend an invitation to junior golfers from Holly, Lapeer East, Lapeer West and Brandon high school districts. These schools are under the umbrella of the Flint Metro League.

Online registration will be accepted by logging onto www.fjga.org and following the disrections. Registration forms will also be available at King Par Golf and local participating golf courses.— D.N.

GARLAND, TX. — Carman-Ainsworth grad Demondre Chapman and the Prairie View A and M men’s basketball team made it all the way to the championship game of the Southwestern Athletic Conference on March 16, only to lose to Southern University, 45- 44, after trailing, 45-38, with just 72 seconds left in regulation. Even though Chapman only played three minutes in that title contest and went 0-for-1 from the floor, for 2012-13 the 6- foot-7, 220 lb. junior forward started nine of the 28 games he played in for the Panthers, averaging 6.6 points and 4.2 rebounds with 15 steals, 12 assists and 10 blocks. Prairie View A and M finished the season with a record of 15-19 overall, 8-10 SAC. — M.S.