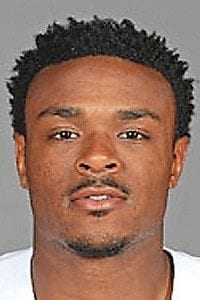 FLINT TWP. — The Carman-Ainsworth Football Parent Club provides financial support for equipment and other necessities, as well as promoting school spirit. Membership is open to anyone wanting to support Cavalier football. Details: 810-577- 3697 or e-mail samecika@yahoo.com. — M.S.

CLEVELAND, OH. — The Flint Junior Generals of the North American Tier III Hockey League will begin their 2013-14 season on Saturday at the Cleveland Lumberjacks. Local players on the current roster include Grand Blanc’s Mark Vansaw and Raurie Petrich and Jacob Drinkard of Lapeer. Details: www.na3hl.com. — M.S.

DALLAS, TX. — Former Cavalier and current Dallas Cowboys cornerback Brandon Carr returned an interception 49 yards for a touchdown late in the game to help lead his team to a season-opening 36-31 win over NFC East rival New York Giants on Sept. 8. Carr finished with four tackles and a pass defense in the victory. Dallas (1-0) is at Kansas City (1-0) on Sept. 15. — M.S.

FLINT — The Michigan Warriors will start the 2013-14 North American Hockey League preseason on Sept. 18 at Perani Arena against the Brookings Blizzard prior to traveling to face the Minnesota Magicians on Sept. 19 and the Austin Bruins on Sept. 20. Upcoming events for the Warriors include free admission to the Dec. 6 game at 7 p.m. against the Port Huron Fighting Falcons. Fans can get up to four tickets at no cost at the Perani Arena box office and on Dec. 20 individuals can get as many as two kids tickets for free with a paid adult admission. Details: http:// mywarriors. co/. — M.S.

Women’s Roller Derby to play at Perani on Sept. 21

GENESEE COUNTY — The Perani Arena and Event Center will host the Michigan Derby Girls in a Women’s Flat Track Derby Association contest against the Traverse City Cherry Bombs on Sept. 21. According to www.flintcityderbygirls.org, “We are the Premier Women’s Flat-Track Roller Derby League of Genesee County. Skating fast, hitting hard, and working to improve our community is what we love to do. We are proud to play the fastest growing sport on the planet, and are the fourth roller derby league to form in the state of Michigan. The Flint City Derby Girls are a diverse group of women including business owners, educators, artists, health care professionals, electricians, students, and stay-at-home moms. Roller derby is full contact, aggressive, fast paced, fun, exciting, 100% real and highly addictive.” — M.S.