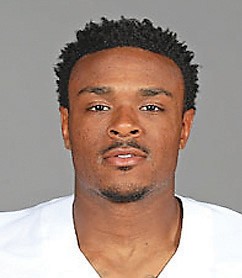 HUDSONVILLE — The University of Michigan- Flint hockey team lost to Grand Valley State, 4-3, in a shootout on Oct. 13 at the Georgetown Ice Center. Scroing twice for Michigan with one assist was Nicholas Manley, Joel Huber had a goal and posting two assists was Timothy Donnelly. Nathan Robson also added an assist for UM-Flint and goalie Ian Roberts stopped 27 of the 30 shots he faced to get pinned with the decision.

PHILADELPHIA, PA. — Carman-Ainsworth product and Grand Valley State University grad Brandon Carr took the field for the Dallas Cowboys of the National Football League during their 17-3 victory at the Philadelphia Eagles on Oct. 20. Having started all seven games for the Cowboys this season, the 206- pound defensive back has amassed 25 tackles and two interceptions, one of which he returned for a touchdown. Dallas, 4-3 overall, is at Ford Field to play the Detroit Lions on Sunday. — M.S.