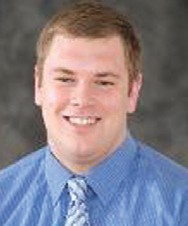 DETROIT — Former Cavaliers’ defensive back Brandon Carr had the misfortune of trying to cover Calvin Johnson last Sunday as the Detroit Lions edged out the Dallas Cowboys, 31-30, at Ford Field in National Football League competition. For the contest, Carr had seven tackles, two assists and a fumble recovery for Dallas while Johnson racked up 14 receptions for 329 yards, a touchdown and one fumble. The Cowboys, 4-4 overall, host the Minnesota Vikings on Sunday while the Lions, 5-3 overall, have a bye this week. — M.S. 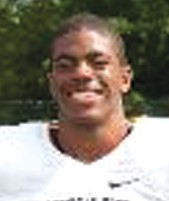 Area ice squad not lacing up

FLINT — The Kettering University men’s hockey team is no longer listed as an active program for the 2013-14 season according to the American Collegiate Hockey Association website. Last year Kettering competed as a member of the ACHA’s Div. 3 and played its home games at the Polar Palace of Lapeer. — M.S.

HOUGHTON — With a roster that includes Carman- Ainsworth grads Antwon Curtis, a 5-foot-8, 160 lb. freshman defensive back, and 6-foot-3, 290 lb. senior offensive lineman Aaron Brandt, the Michigan Tech football team lost to Ferris State last Saturday, 30-27. Even though Curtis does not have any statistics for the year, Brandt is the starting center for the Huskies, who are 4-3 overall, 4-3 Great Lakes Intercollegiate Athletic Conference, after claiming the league title in 2012. Michigan Tech takes the field on Nov. 2 at home against Saginaw Valley State University before traveling to Hillsdale on Nov. 9. — M.S.

PORT HURON — In North American Hockey League action on Oct. 27 at McMorran Arena, the Michigan Warriors of the North American Hockey League defeated Port Huron, 4-3, in a shootout despite 29 saves on 32 attempts by Fighting Falcons’ goalie and Lapeer West product Max Milosek. Scoring for Michigan in a shootout that saw 10 players take the ice for both sides were Jake Hopfner, AJ Marcinek and John Nugent. This came after regulation goals in the first and second period for the Warriors by Colin Larkin on assists by Zack Sjazner and Sean Campbell and unassisted, respectively. Hopfner then gave Michigan a 3-2 lead at 13:49 of the second with help from TJ Stuntz and Nick Govig. Kelley Dillon went 26-for- 29 in net to earn the decision for the Warriors.

Last Friday at Perani Arena, it was Port Huron that got the best of Michigan, 2-1, in a shootout. Hopfner connected for the Warriors’ only score on the powerplay at 15:16 of the third on passes by Marcinek and Scott Cuthrell and goalie Trevor Gorusch stopped 26 of the 27 shots he faced. Other area athletes on the Port Huron roster include defenseman Jonathan Kopacka of Metamora.— M.S.