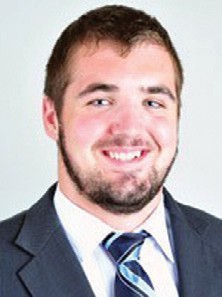 FLINT TWP. — At the conclusion of the Mid Michigan Rural Football League’s seven-week season, Carman-Ainsworth won the Junior Varsity A Division at 5-1 and Carman-Ainsworth II claimed the Division G title with a record of 6-0. In the Freshman Division A standings, Carman- Ainsworth finished second at 5-1. The Cavaliers did not field a varsity squad for 2013. Details: www.mmrfl.org. — M.S.

FLINT — After 17 games of North American Tier III Hockey League action, the Flint Junior Generals are on a win-streak that’s just as long. This includes a 6-1 victory over the Michigan Mountain Cats on Sunday that featured first-period goals by Jacob Lainesse and Brett Lepek at 5:30 and 10:51 on assists by Justin Fisher and Caleb Ganelli, as well as Nicholas Gnagni and Conor Durgan, respectively. Flint also got secondstanza scores from Gnagni at 6:46 on the power play with help from Connor McGovern and Jordy Makranyi and from McGovern at 17:09 on passes by Durgan and Gnagni.

After the Mountain Cats posted a goal of their own with just a minute left in the second with a man-advantage, the Junior Generals went on to chart third period goals by Zach Koonce on the powerplay on assists by Brit Brothen and Gnagni at 12:20 and at 18:17 shorthanded by Andrew Bellant on a pass from Lainesse. Flijnt also defeated the Metro Jets at home last Friday 4-0 and next take the ice on Saturday and Sunday at the Cleveland Junior Lumberjacks. — M.S.

HOLLAND —Carman-Ainsworth grad Robert McFadden, a 6-foot- 7, 303 lb. redshirt junior offensive lineman for the Eastern Michigan University football team, has helped the Eagles post a record of 1-8 overall, 0-5 Mid American Conference, this year. Highlights for EMU in 2013 include a season opening home win at Rynearson Stadium over Howard 34-24 on Aug. 31. Last season McFadden played in all 11 games for the Eagles and started nine after earning a Academic All-MAC Honorable Mention designation. EMU next hosts Western Michigan on Nov. 9 and on Nov. 23 Bowling Green comes to town. — M.S.

PETOSKEY — The U18 MESA Panthers girls’ soccer team from Davison claimed the Petoskey Autumn Blast Tournament title recently by winning all five of its game by a combined margin of 27-2. Opponents included Midland, Cadillac, South Lyon and Petoskey and the Panthers next play at the Indianapolis College Showcase later this month. — M.S.