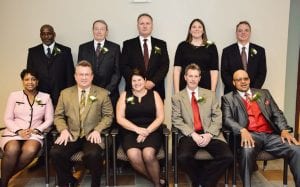 Warriors win on the road

JOHNSTOWN — At the Cambria County War Memorial in Pennsylvania on Sunday, the Michigan Warriors of the North American Hockey League beat the Johnstown Tomahawks 3-0. Scoring first for Michigan at 19:46 of the opening period was Zed Dietrich on passes from Dalton Skelly and AJ Marcinek. Connecting at 5:19 of the second was Tyler Groat on assists by Brandon Wolfe and Cody Kuster.

Marcinek then knocked home the Warriors’ final goal at 16:04 of the second with help from Dietrich and Colin Horton and, in net, Ryan Wischow made 28 saves.

Michigan also won 3-1 at Keystone last Saturday after losing at the Ice Miners last Friday 3-0. The Warriors, 12-13-4, hosted the Soo Chiefs yesterday at the Perani Arena and Event Center and this weekend Michigan is at the Soo. — M.S.

DAVISON — The catholic community of St. John & Blessed Sacrament will be holding a youth basketball camp on Jan. 10 and a seven-week youth hoops’ league beginning on Jan. 17. The camp is intended for kindergarteners through third graders and will take place at St. John Family Center at 505 N Dayton St. in Davison. Early registration ends Nov. 24 and registration as a whole is completed on Dec. 20. Details: 810-652-0304 or visit stjohndavison.org. — B.P.