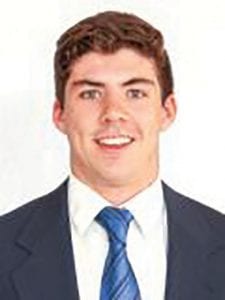 BURTON – The Greater Flint Hockey Association is offering a Try Hockey Day on Jan. 18 at Crystal Fieldhouse from noon-1 p.m. The UM Flint hockey team’s members will also be helping out. Anyone participating that day gets free admission to UM Flint’s game at 3:30 courtesy UM Flint hockey. – L.P.

Get your tickets now

AUBURN HILLS — Anyone interested in purchasing tickets for the 2014-15 Michigan High School Athletic Association varsity individual wrestling finals March 5-7 in Oakland County can do so now via the Palace box office.

In fact, according to a MHSAA press release, “Spectators ordering reserved seat tickets must designate the wrestling division they prefer to watch, which will result in their ticket assignment being in full view of the mats being used for that competition. For Divisions 3 and 4, the seats will be on the side of the arena opposite the mat placement, providing an unobstructed view of those mats.

“Group seating is available on a general admission basis in the upper level of The Palace for all sessions. A minimum purchase of 10 tickets per session is required. Group tickets are $4.50 when purchased in quantities of 10 per session, with the price including in and out parking privileges at The Palace. A $5 handling charge will be applied to each group order.” Details: www.mhsaa.com/sports/wrestling. — M.S.

JANESVILLE, Minn. — In North American Hockey League action on Dec. 30, the Michigan Warriors lost at the Janesville Jets 6-1. After falling behind 2-0 in the first period, Garrison Sanipass scored Michigan’s only goal at 10:17 with help from Derek Frentz and Anthony Parrucci and, in net, Ryan Wischow got pinned with the decision by stopping eight of the 11 shots he faced in 11:31 of game time.

Chase Munroe also spent 48:26 between the pipes for the Warriors and went 19-for-22 on save attempts.

On New Years Eve, Dec, 31 Michigan fell at Janesville Ice Arena 4-1 as Alex Barardinelli connected at 18:33 of the third on assists by Tyler Groat and Colin Horton and, in goal, Wischow took the loss after going 32-for-35. — M.S.

Season over for area athlete

SAN FRANCISCO — Now that the San Francisco 49ers have finished the 2014-15 regular season with a record of 8-8, Carman- Ainsworth grad and Burton native Dan Skuta managed 33 total tackles with five sacks in 14 games this year at linebacker. — M.S.