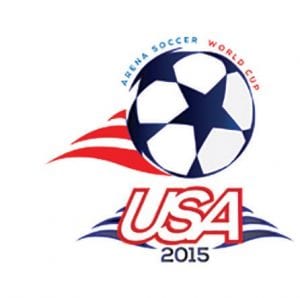 LANSING — Spring rules meetings for coaches and officials are being held now until April 9. Varsity coaches in soccer, boys lacrosse, softball and baseball must attend an in-person or online rules meeting in order to be able to coach in the MHSAA postseason tournament in their sport. Meetings for golf, girls lacrosse, tennis and track and field go online next week. All coaches — assistant or head coach or paid volunteer — must attend a meeting or take an online rules and health/ safety meeting. A meeting takes less than an hour to complete online and coaches have two months to get it done. — K.W.

Tickets will be sold to walk-up customers at Jenison Field House until the first day of each respective tournament.

FLINT – Elite athletes from around the globe will soon match up in Flint.

Flint and Genesee County are one of only nine select sites across the country chosen to host the Arena Soccer World Cup. The Confederacion Panamericana Minifutbol (CPM) in association with World Mini Football (WMF) recently announced the groupings and the opening round schedule for the 12-team 2015 WMF World Cup to be played March 21-29 in the United States.

The Perani Arena and Event Center will play host to worldclass competitors from Canada, Serbia, Brazil and Russia with games getting underway on March 24. Other countries participating include the United States, England, India, Romania, Mexico, Germany, Czech Republic, El Salvador and Kazakhstan.

The international soccer powerhouses will play their first two games as well as their quarterfinal match in the storied Perani Arena and Events Center.

The events mark the first World Cup for the World Minifootball Federation and will be the largest major world championship for arena soccer since the 1997 World Indoor Championships that were played in Mexico City. The WMF is the highest authority of arena soccer in the world. The WMF World Cup will be played in the six-a-side, boarded style familiar throughout North America. For more information visit: www.wmfworldcup.com. — K.W.

BURTON — April marks the annual return of junior golf registration for many area juniors in our community. Registration for The First Tee junior golf program will open Wednesday, April 1 with summer programming to begin the week of June 15. Summer programs are open to junior golfers between the ages of 5-18 and will be offered at three area locations this year, including classes at IMA Brookwood Golf Club in Burton, Lake Nepessing Golfland in Lapeer and Castle Creek Golf Course in Lum (Attica). The six-week class will run Mondays at Castle Creek in Lum, Tuesdays and Wednesdays at IMA Brookwood in Burton and Fridays at Lake Nepessing in Lapeer. The cost to join The First Tee of Eastern Michigan is $95 and includes six weeks of professional instruction, play days, golf balls, yardage book, celebration tournament and banquet. Registration forms will be available at each program location with on-line registration offered through The First Tee of Eastern Michigan’s website at online www.thefirstteeeasternmichigan.org. — D.N.