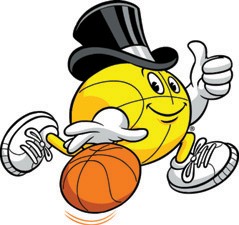 FLINT — A Lacrosse clinic featuring Brian Bader of Perani’s Hockey World and Jon Jepson, GM at Iceland Arena takes place every Friday star ting April 1 and runs through May 20. The eight-session clinic is geared for 10-and-under, 11-14 year olds and 15 and up players. The emphasis is on learn to play. Cost is $100 per person and each person receives a keepsake Lacrosse jersey and a pizza party at the close of the clinic. Registration takes place at Iceland Arena on Elms Road and anyone providing their registration receipt at Perani’s Hockey World, 3600 Dort Highway, gets 20 percent off a one-time purchase of lacrosse gear. — L.P.

Spring hockey and lacrosse on the offering

FLINT — Iceland Arena on Elms Road is offering spring hockey and lacrosse April- June. Rent one hour of ice and receive one hour of field time for each hour booked. A free one-hour introductory lacrosse clinic is provided for each participating team. Stick rental available for $2. The Field is also available for straight hourly rentals at special pricing for the Spring 2011 season. Details: Jon Jepson, 810-635-8487. — L.P.

FLINT — The Crim Festival of Races, marking its 35th year this August, has chosen the Eastern Michigan Foodbank as its charity for 2011. Online registration is open until April 1 with the online fee waived for all meeting the early deadline. Details: www.crim.org — L.P.

Amateur boxing at its finest

MT. MORRIS — The Mid Michigan Derby Girls, which has team members from Lapeer and Genesee counties, battle it out with the Forest City Derby Girls of London, Ontario, Canada on Saturday, March 19 at 7 p.m. at Skateland Arena, 8460 N. Dort Highway. Doors open at 6 p.m. The Mid Michigan Derby Girls will help combat homelessness in the Flint area by donating to the Shelter of Flint and will suppor t finding a cure for cancer by donating to Team Will, a cycling team raising awareness and funds for the fight against cancer. Advance tickets cost $6 or $8 at the door and can be purchased from an MMDG skater, from Skateland Arena, The Dive Shop at G4020 Corunna Road, The Locker Room at 213 North Main Street in Davison, or online at www.midmichiganderbygirls.com. — L.P.

NORTH BRANCH — Youth football players from all over the Greater Lapeer and Genesee County areas are invited to take part in a Young Guns Football Camp Saturday March 19. Camp run 9 a.m.-noon at the North Branch High gym. A skills competition takes place from noon-12:30 p.m. The camp is open to kids in grades 3- 6, who will learn fundamentals of each key position on the football team. Players will instructed by the coaching staff of North Branch along with past and present players including volunteers Doug Griffin, Wayne State quarterback, Nate Smith, Concordia quarterback and Zach Heuter, MSU offensive lineman. Cost is $20 and includes camp T-shirt Details: http:// YoungGunsFootballCamp. yolasite. co m, e- mail paulstawecki@yahoo.com or call 810-728-6308. — L.P.

Mall parking lot area. This is the fifth year for the Macker in Burton and the organizing committee is seeking sponsors, volunteers and vendor help. To sign up for this year’s tournament e-mail burtonmacker@comcast.net. To volunteer contact 810-743- 1500. — L.P.