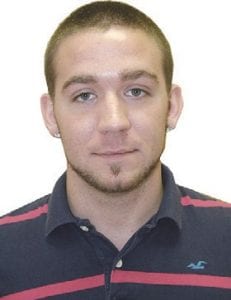 What a wild first week of football playoffs we’ve had here at the paper. In all, we had nine of our 22 teams make the playoffs though only four remain after week one.

From Grand Blanc winning a three-overtime thriller to Lapeer East and Almont turning in dominating performances to Marlette winning an old-fashioned football game, we have plenty to write home about concerning our four teams still in contention.

Other area teams that saw their season come to an end sooner than they had hoped include Lapeer West, Brown City, Burton Bendle, Carman-Ainsworth and Capac. Congratulations on terrific seasons and let’s hope we can cover you in the post-season again next year.

East dominated a 5-4 Avondale team that entered the contest with only a plusfive point differential on the season. They played in a tough league, the Oakland Activities Association, but no one knew how good they really were. Well, East put that to bed quickly, as they jumped out to an early lead and never looked backed.

The Eagles have a chance to make history on Friday against Linden as no Lapeer East team has won a district championship in football. The 2002 and 2004 teams were close as they lost in the district finals, but could not bring that elusive title home. East defeated Linden on the last day of the regular season, 24-20. Will we see history on Friday?

The Raiders dominated Clawson early and often in their playoff opener and seem to be getting stronger as the season progresses. Almont is in the playoffs for the fifth time in the last six seasons and will be looking to join the 2007 and

Capac in its playoff opener.

Notre Dame Prep. The Raiders will look to their defense that has given up just 7.9 points per game to lead them to the next round.

Marlette was one of five Greater Thumb Conference-East teams to make the playoffs and are one of three still alive. The Red Raiders found success through the air against Vassar in their playoff opener, as the Vulcans were determined to stop the Marlette ground game. Quarterback Kolby Lange proved he is more than a one-trick pony.

The Red Raiders will look for their potent offense to crack the Michigan Collegiate defense, as the Cougars have posted four shutouts this season and surrender just 6.2 points per game while scoring 47.7 points per game. Something has to give and Marlette hopes it can hand Collegiate its first loss of the season.