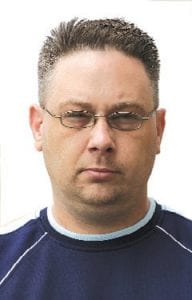 I don’t know if you heard, but the Ohio State football program is overflowing with low-brow cheaters. Head coach Jim Tressel was proven a liar, starting quarterback Terrelle Pryor left the program a year early with his head hung low, and four other players were suspended for the first five games of 2011 for selling memorabilia. What’s even more amazing is how ex-Wolverines football coach Lloyd Carr hit the nail on the head in April at the Genesys Conference and Banquet Center in Grand Blanc Twp. at the U-M Flint Past Presidents dinner, months before the rest of us were exposed to the depths of the Buckeyes transgressions.

“Obviously, it’s a very, very serious issue, and I think coach Tressel has acknowledged that. I have no idea what the NCAA is going to do, but with the investigation they’re conducting, I think there’s going to be some other issues,” said Carr.

Having spent the majority of his time at the podium discussing his fundraising work with Mott Children’s Hospital in Ann Arbor, Carr was suprisingly jovial during the evenings question and answer period, giving the crowd much more latitude and understanding than he did most sideline reporters during his 12 years atop the Michigan football program.

“The truth is, Brady Hoke and those players down there expect to win every game. I guarantee you one thing, that’s what there mindset is,” Carr said. “The only thing I would say is that offensively, when I left coaching our team ran an offense that was pro-style. I wanted a quarterback that could drop back and throw the ball because I knew if I could get that I could recruit great receivers and great lineman because those guys all want to play in the NFL. So you have a program where you can show a guy that if he can play in your system that he’ll have what it takes to make it in the league.”

As you might imagine, the subject of Michigan’s football rebirth wasn’t going unmentioned, putting Carr in a line of fire he was more than prepared to face.

“We were always a team oriented thing. Well, when I left, you know the spread offense. Like anything else, its got its strengths and its weaknesses, but the issue for the program and the players is that it was a dramatically different kind of style of play. The coaching is much different, so the transition from one offense to another is not an easy one,” said Carr. “Now we’re going back to a pro-style offense, so how fast our players will be able to learn and adjust and adapt because it’s different for them (is the issue). For some it will probably be difficult. That’s just the nature of change. Whether it’s in business or education, whenever you change things there are people that resist and can’t handle it well. The issue is how fast that transition occurs.”

Thankfully Carr is able to see a light at the end of the tunnel because after Rich-Rod’s three-year rein of terror that was far from a forgone conclusion.

“At quarterback, which I think is the key to any offense, Denard Robinson is a wonderful athlete and a guy with a very good arm. They will do things that take advantage of his strengths and they have the young kid (Devin Gardner), who everybody thinks is going to be an outstanding player,” Carr said. “Nebraska comes in and we’re starting a new era in Big 10 football because now you’ve got divisions and will have a playoff. The one thing I will predict is that I think the Michigan/Nebraska game is going to quickly become one of the great rivalries across the country. I think that will happen because we’ll play them every year and we’ll beat them every year.”

Michigan hosts Ohio State on Nov. 26 after opening 2011 at home on Sept. 3 against Western Michigan and Sept. 10 against Notre Dame. Area athletes on the squad include Mansfield, Ohio native and Lexington High School grad Courtney Avery, a 5-foot-11, 167 lb. defensive back whose younger brother Trevon just played eighth grade football and basketball for Grand Blanc after his parents moved to the area prior to the start of the 2010-11 school year.