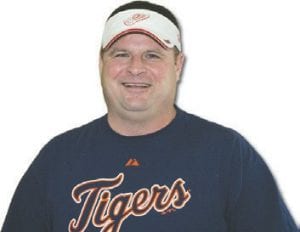 The Final Four is set and no team from the great state of Michigan is in it. Michigan lost to Kentucky 75-72 in an awesome basketball game. The Michigan State Spartans lost to the U-Conn Huskies 60-54.

The Final Four had the chance to feature three teams from the Big Ten Conference. However, the only team to advance from the Big Ten was the Wisconsin Badgers. Wisconsin ousted number one seed Arizona. Wisconsin, the number two seed, will represent the West bracket. The East bracket is the U-Conn team which was a number seven seed. The Midwest is the Kentucky Wildcats who were an eight seed. The South bracket has the number one overall seed, Florida Gators. They are the only number-one seed to make it, by the way. Florida will take on U-Conn in game number one on Saturday at 6:09 p.m. Kentucky and Wisconsin will follow that one at approximately 8:49 p.m.

Let’s look at what doomed Michigan and Michigan State in their games. Let’s start with the Spartans. I, like the rest of you, thought the Spartans would handle the Huskies of U-Conn. Michigan State was sloppy and committed way too many turnovers. The turnover bug was Michigan State’s bugaboo all season long. It didn’t help that MSU shot the basketball horribly all game long. The only player who showed up was Gary Harris, who pumped in 22 points. Keith Appling fouled out and played an awful game for MSU. Adreian Payne didn’t have one of his better games, either.

U-Conn’s Shabazz Napier had 25 points and was the difference maker for the Huskies. This U-Conn run looks a lot like the run Kemba Walker took them on a few years ago. Tom Izzo’s great streak of any senior who stayed all four years reaches the Final Four comes to an end. Appling and Payne never reach the Final Four. It’s a pretty impressive run by Tom Izzo, to be honest. Many experts thought the Spartans, who were healthy, would cut down the nets and win it all. The main question is, will Gary Harris be back next season? He might apply for the draft and that would hurt MSU next season. The Spartans definitely were looking for a better end to the season.

The Wolverines’ game was an instant classic; a game that went back and forth all the way to the end. Kentucky killed Michigan on the boards out-rebounding Michigan badly. Most Michigan fans knew that would happen. Michigan just could not handle the size of the Wildcats. It was an awesome run by the Wolverines to the Elite Eight. Let’s not forget they made it to the finals last season. The question is, will Nik Staukas return?

Will Mitch McGary return after his injury? Will Glenn Robinson III return? Those are three big questions to be answered. Personally, I think Robinson and Staukas are heading to the NBA. I will say coach Beilein is a tremendous coach and he has turned this Michigan basketball program around. Thank you MSU and U-M for a tremendous winter of college basketball.

The Final Four predictions for this weekend and Monday night are that Florida will defeat the Huskies of U-Conn. Florida is just too darned good defensively and has not lost since December. The last loss, believe it or not, was to U-Conn. Funny how some things happen, isn’t it? Florida gets the revenge.

This next game is a tough one. Wisconsin and Kentucky are both playing their best basketball of the season. Kentucky will start five freshmen. The last ones to do that were the Fab Five in 1992. Wisconsin plays good team basketball and has some size to match up with Kentucky. Wisconsin could frustrate the Wildcats with their slow deliberate offense. I sniff a mild upset, so give me Wisconsin by three points over Kentucky. The championship winner is Florida. Florida 59 and Wisconsin 55.

The Tigers opened up at home Monday and the Fat Guy is heading to the “D.” I got up early to write this Monday morning. I love the Opening Day excitement in Motown. People are everywhere and there is a buzz of baseball talk in the air. There is Tigers gear everywhere on men and women; it’s so awesome. The Tigers are considered a World Series favorite from the American League. Nothing is won on paper, however. What is on paper is a huge contract signed by Miggy. A 10-year $292 million one. Wow! That is a lot of cabbage, dead presidents, dinero or greenbacks — take your choice of words. I say play ball because the 2014 season is here! I sure hope Justin Verlander gets the win over the Royals on Opening Day! thefatguy@mihomepaper.com