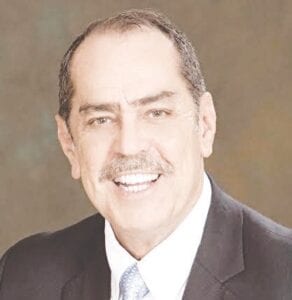 BURTON — State Rep. Tim Sneller (D-50th District) will face resident Raymond Freiberger in the Aug. 4 primary to appear as the Democratic candidate for the state house in the November election.

He grew up in Genesee County, graduating from Bentley High School in Burton. He went on to work at the Flint General Motors Truck and Assembly Plant following graduation and became an alternate committeeman and a proud member of UAW Local 598. While employed at the shop, Sneller began his studies at the University of Michigan-Flint, pursuing a Bachelor’s Degree in Political Science.

Following an internship in the Michigan State Senate, he left GM and began his 30-plus year public service career as legislative aide to State Rep. Bob Emerson.

He continued his service to Genesee County residents by joining the staff of State Sen. John Cherry, later working with him during his transition to Lt. Governor for the State of Michigan. During this time, Sneller resumed his studies at U of M – Flint, adding a secondary teaching certification to the B.A. degree he completed in 1985.

He then turned his focus to the Michigan House of Representatives, working for the citizens of Burton, Grand Blanc, Mundy Township, Davison, Flint, and other areas in Genesee County while working as legislative aide to State Representatives Charles Smiley, Rick Hammel, Lee Gonzales and Brenda Clack.

During this time, he also substitute taught social studies and history for two years in middle schools throughout Genesee County.

With more than three decades of experience, broad knowledge of both state and local government, and deep roots in the community, Sneller said he has hit the ground running in the Michigan House of Representatives and is working hard to serve his home community.

“I understand and value the connection between Michigan’s businesses, job creation, and a thriving community,” said Sneller in the bio on his campaign website. “By maintaining our state’s prevailing wage law, we can provide workers a fair wage and help build a stronger community and economy. We also need to support our small businesses because they are the economic engines of our future.

He said the state needs to further invest in roads and bridges to have a first-class transportation infrastructure system in Michigan.

Better roads drive up tourism dollars, he said, and lowers vehicle repair costs, ensures that goods get from farms to stores to homes, increases public safety, creates jobs, and maintains a more vibrant community and state.

As a former teacher, Sneller said he understands funding for education is crucial to our students and Michigan’s future, and adds he knows to better support teachers because they are educating our next workforce and community leaders. In order to have a quality education, we need to improve our education policies and invest in public schools to ensure that our students get the best education possible.