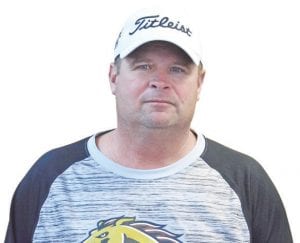 The winner of the British Open on Sunday was the Italian, Francesco Molinari, who outlasted the field in what was a fabulous weekend of golf. Molinari is also Italy’s first-ever major champion.

I feel as though Jordan Spieth was the favorite to win it on Sunday, as he was in front. The problem for Spieth was that he failed to make birdie on any of the 18 holes. One cannot overlook the play of Tiger Woods in this British Open, either. Tiger showed some signs of being the old Tiger Woods on Carnoustie’s golf course. Seriously. He held the lead on this Sunday at a major for the first time in nine years! Yes, it has been nine years, and I can’t believe it myself. I remember him winning majors at what seemed like one a year didn’t it? I still shake my head at the nine years since leading a major.

The Open lived up to its hype, as on Sunday seven players had a share of the lead. It was wide open for any golfer to win it. The difference is that Molinari, in his last 37 holes, went bogey free. I want you to think about that for a minute. Given the pressure and the toughness of Carnoustie and he plays bogey free for 37 holes? He won this tournament outright; no back-door special here! The Claret Jug was Francesco’s to hold and cherish for the rest of his life. I enjoyed waking up and watching the links-style of golf at Carnoustie!

How close is the All-Star game between the two leagues? The American League has 44 wins compared to 43 for the National League and there have been two ties. It cannot be any closer than that!

The Tigers’ pitcher Jimenez recorded a strike out to the one batter he faced.

The All-Star game is in the rear view mirror and the trade deadline will now take center stage here in the final week of July. The big question is, will the Tigers sell off any more players? The Baltimore Orioles and L.A. Dodgers made the first block-buster trade. The Dodgers made a trade for Manny Machado, who, in my opinion, handed the National League West title to the Dodgers. The kicker is, will Manny sign with the L.A. Dodgers after the 2018 season when he can become a free agent? I can promise you this, it will not be the last deal or major deal before the deadline is over. The rent-a-player for the stretch run will be in full effect for major league baseball.

The San Antonio Spurs and disgruntled Kawhi Leonard have parted ways, which comes as no shocker to anyone following this saga. The Toronto Raptors are rolling the dice on the health of Leonard and his desire to play in Toronto. The Raptors traded their franchise player in DeMar DeRozan to the Spurs to get Kawhi. The fact is, Kawhi is a way better twoway player than DeRozan, who was totally offensive-minded on the hardwood. What this trade did was make the Eastern Conference race a threeway race between Toronto, Boston and Philadelphia. I think it is good that Toronto made a move because it bolsters the Eastern Conference and it needed to be bolstered. Let’s see how this trade all plays out next season.

The NFL camp for the Detroit Lions is finally here, as we usher in the Matt Patricia era. The fact Matt comes from the New England Patriots organization brings high expectations here in Detroit. I personally was tired of the Jim Caldwell head coaching job here in Detroit. I think I like the Matt Patricia idea of each man do your job attitude he is installing. He does not care if you are a free agent or undrafted; the best players will play. If the fifth-round pick is playing better than a first-round pick he will receive the playing time. Matt says it’s all about winning, case closed. I like that so far in him. Fourteen years in the New England regime under the “Hoodie” can only be a positive, in my mind. This will be an interesting training camp in Detroit and it will have my full attention! Stay tuned to Allen Park, Michigan and the Detroit Lions. thefatguy@mihome paper.com