Step outside your comfort zone once in awhile 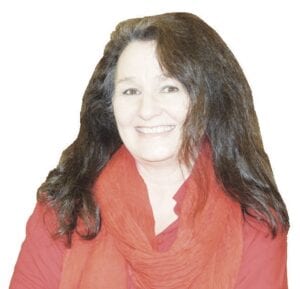 I recently embarked on an unexpected journey and, in the last couple of months, I’ve learned a few valuable lessons that I’d like to share.

My journey began back in February, when I helped liquidate a family member’s estate. It was a daunting task because she had so much stuff. Just to give you an idea, we filled multiple vehicles multiple times, not to mention two large dumpsters and a rental truck that was just one step down from a semi. We also donated several truckloads of items. And, we still had three big rooms full of stuff to sell. It was overwhelming.

At the same time, a couple of friends mentioned that they were opening an antique and collectibles shop in Flushing. They offered to take some items on consignment, and suggested that I consider renting a booth.

My first reaction was to tell myself, “Oh, no. You can’t do that. What if you fail?” You see, I’m not much of a risk taker.

For days, I agonized over the idea of the booth. I floated it by a couple of friends, hoping they’d reassure me that it was, in fact, a good idea and I could make a go of it if I set my mind to it.

For anyone thinking of taking a risk, I would strongly urge you not to ask friends and family what they think. They will tell you all of the ways you will fail miserably, and all of the reasons you’re not capable of doing anything beyond what you’re doing right now.

Ultimately, I decided to rent a small space, and there were two factors that drove that decision.

First, I weighed the risk and decided that it was manageable. If I failed, I could absorb the loss and it wouldn’t be catastrophic. Second, I realized that opportunity was not just knocking, it was pounding on the door. The universe was pulling me in that direction. Who was I to turn a blind eye?

Once I made the decision to go for it, I found myself being inundated with unsolicited advice. I quickly realized that some of it was common sense, the rest was just bad.

I also learned that the people I considered knowledgeable really only knew a little bit, but they spoke with such authority as to create an illusion of expertise.

In the beginning, I worried obsessively about making mistakes. Well, I’ve made some mistakes. It comes with the territory. However, I’m learning as much as I can as fast as I can, and the mistakes are fewer and further between. I’m also learning from every misstep. The trick is to not dwell on the bad choices. The good choices far outnumber and outweigh the bad ones.

The most important lesson I’ve learned is that you don’t have to look very hard to find reasons not to step outside your comfort zone. You might fail. People might say they told you so. But what if you succeed?

What do you think you will regret more, trying and failing and trying again, or never trying?

Lania Rocha is a staff writer for the Genesee County View. Contact her at lrocha@mihomepaper.com