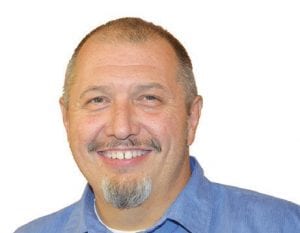 The year was 1985. The Kansas City Royals won the World Series. The 49ers were the Super Bowl champs. Back to the Future reigned at the box office and The Cosby Show was the top TV show.

Oh yes, and the Davison High School Class of 1985 was graduating, along with yours truly. It was, as I recall, a good year.

High school had been fun, at times, stressful at others and sometimes just plain awkward. At the time I really didn’t miss it after I walked away with my diploma. For me, it was a chapter of my life I closed the door on and never looked back at over my shoulder.

I went to college, found a job as a reporter, got married and eventually had kids. I attended my 10 year reunion and found no one had really changed much. At the 20 year reunion I had fun, but for some reason I again could not say anything was different.

People, including myself, pretty much stuck to their respective social groups from high school and I don’t recall mingling beyond the friends I made in high school – the same friends I have been close with most of my life.

We are all finally starting to show our age. I don’t necessarily mean that in a bad way – since I’m sure my graying, thinning hair and ample waistline went completely unnoticed – but I could see from the conversations that night we had all logged a lot of mileage these past three decades.

Many are married parents of children of all ages and some are grandparents. Some of us are divorced, while others are still looking for the “right one.”

At least a couple of us had reconnected with old classmates who are now our significant others – like Anita and I. There are those of us with careers and jobs, while some are giving a new career path a chance or had returned to school for more education.

Still, it wasn’t any of these things that jumped out at me as being about our journey since high school. It was the fact that after 30 years I felt a real unity among the Class of 1985. We made it. Thirty years later and there was a definite feeling of friendship there, even if in high school we had not all been close.

We grew up. We have all seen the best and worst of times. Sure the cliques were there, how could they not be? We spent our time in school with the people who were the most like us, the people we considered our best friends. But for this reunion there was a bond. Those years together in school didn’t seem so bad now – it really made us the people we are today.

As I looked around the room at my classmates at the reunion, the ending of an old movie from 1985 came back to me.

Sincerely yours, the Breakfast Club.” ggould@mihomepaper.com