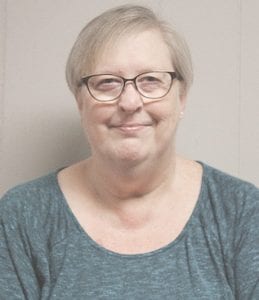 My move to Davison was finalized just a couple of days before Gov. Gretchen Whitmer’s Stay at Home executive order went into effect last week. Four out of my five kids, their significant others and one grandchild helped with that load, then went back to Bay City. We didn’t know it would be the last time we’d be together for who knows how long.

Like many of you, I’m still trying to wrap my head around what is happening in our world right now. I’m fine with staying at home because I work from home most of the time anyway. I’m not a religious person, but I’ve taken to praying every day that my family will be kept safe from this deadly illness.

But I also have a lot of questions. How did this thing – Coronavirus or COVID-19 – ever get so far? When did some of our nation’s leaders seemingly lose all compassion for the people they are supposed to defend?

I’m not sure we can get any lower than having a Texas lieutenant governor say that grandparents ought to be willing to die from this disease in order to save the economy. Apparently, he doesn’t realize that men and women who are 55 and older make up 40 percent of the U.S. workforce. We are the economy. We pay taxes, and we buy things. We are living longer and working longer, in part because we can’t afford to retire and because healthcare costs are so high.

I became a grandparent for the first time when I was 54. I’ll be 60 this year, and I don’t anticipate retiring before I’m 65. So at what point do I become expendable? Many people work into their 70s, helping to support the economy. What will happen to the economy if these workers are just allowed to die from coronavirus?

Relief payments don’t keep people from dying, and they are meaningless for people who will die. The president says he thinks he’ll have done a good job if “only” 200,000 people die from this outbreak. Is that the collateral damage of his ineptness as a leader?

I try to stay away from political topics when I write my columns, but this pandemic has been grossly politicized, especially in our country with a presidential election coming up in a few months. The thought that governors, including our “young woman,” should pay homage to the president in order to get necessary supplies for medical workers and lifesaving ventilators for people who will die without them is beyond belief.

Our very lives are being held hostage while some of our leaders play politics at every turn. Even going so far as to claim certain untested drugs are “game changers” against COVID-19 just to gain a little in the polls. Our leaders need to deal with the facts and stop playing politics before we get to “game over.”

Jalene Jameson is a staff writer for the View Newspapers. Contact her at jjameson@mihomepaper.com