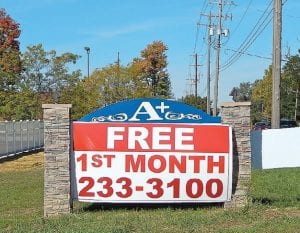 A Plus Self Storage is now open on Fenton Road.

A-Plus Self Storage opened at 4484 Fenton Road just north of Maple Road about a month ago, said Andoni, who also owns two similar storage facilities on Court Street in Davison and on Elms Road in Swartz Creek.

It is a new build on a vacant lot formerly occupied by nothing but grass and dying trees.

“I wanted it here because I think there is a need for storage in this area,” said Andoni, who has been in he storage business since 1997.

He has hired one employee, Amanda Amaya, as the site manager and expects to eventually hire one more person.

The facility offers 200 units in five sizes and there are 400 more units currently under construction. When completed about a year from now there will be 600 units in a 100,000 square foot facility, Andoni said. 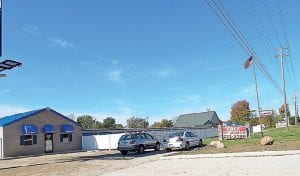 Unitsizesrangefrom5X10to10by30 feet. Many customers are using them to store vehicles, Amaya said.