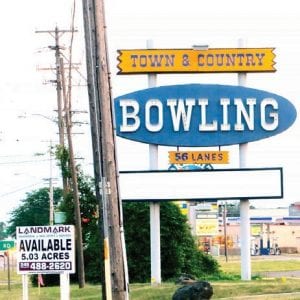 The longtime T & C Bowling Alley on Miller Road will be torn down to make way for a Bubba’s 33 sports restaurant and a Panda Express fast-food Chinese restaurant.

FLINT TWP. — After approving a site plan for two new restaurants, one township Planning Commissioner joked that they should consider changing the name of Miller Road to Restaurant Row in reference to about five new restaurants that have opened in the past year or so and three more coming.

Last week, the commissioners gave the green light to plans to tear down the Town & Country bowling alley, 3282 Miller Road, which has been closed for about a year. The tear down will make way for construction of a Bubba’s 33 sports restaurant and a Panda Express fast-food Chinese franchise.

The five-acre site is just west of the I-75 freeway on the north side of Miller. Road, next door to the Yorkshire Plaza. The existing 51,351 square-feet building housed 56 bowling lanes, a full service bar and catering facilities. It has served the community for at least 50 years. Bubba’s 33 will be the first one in Michigan, according to Ryan Schultz of Versa real estate in Southfield, the project developer. 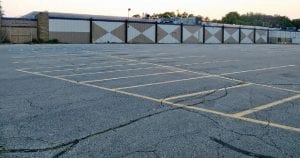 Bubba’s Flint will be about the 12th location for the budding chain. The concept is owned by Texas Roadhouse which opened a Miller Road location last year. The first Bubba’s opened in 2013 in Fayetteville, North Carolina, founded by Kent Taylor, aka Bubba, CEO of Texas Roadhouse restaurants.

A 7,738 square-foot restaurant is proposed for Miller Road compared to a 9,000square feet for a typical Bubba’s 33, that seats about 334 and employs about 200 people.

According to the company website, Bubba’s 33 is three restaurants in one – a family dining section, a garage bar and a dining area with a bar – all surrounded by more than 60 giant HDTV views of sports and music videos from every seat. They have more than 40 beers, including 24 on tap, and serve specialty pizza and burgers.

Shultz said that developers will begin razing the bowling alley as soon as building permits are in place and would like to be open by Christmas. Texas Roadhouse has its own construction crew.

Panda Express is a separate operation. A 2,460 square-foot restaurant with a drive thru is proposed.

Tracey Tucker, township building director, noted that the site plans also call for connecting the lot to a service drive through Yorkshire Plaza to direct traffic to Lennon Road instead of onto busy Miller Road. She also said that one of three access drives to Miller Road from the site might be closed off.

Given the size of the bowling alley and site, Tucker also said the redevelopment is a big project.