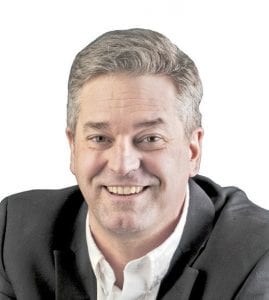 Perhaps you are under the impression that summers are fun and carefree, especially for kids.

Perhaps you are incorrect.

As a longtime connoisseur of scare journalism (“Next on News 4: What you don’t know about suntan lotion can kill you”), I feel it’s my duty to alert you to a heretofore undiscovered hazard of summer, which I read about in a Wall Street Journal column.

As part of a larger piece on the clear and present danger that is summer, columnist Lenore Skenazy referenced a terrifying blog from KidsTravelDoc.com, which said: “Remember when digging in the sand at the beach was a fun activity for young children? Sorry. No more. Based on recent findings, only with lots of do’s and don’ts is frolicking in the sand a healthy activity, says the U.S. Environmental Protective [sic] Agency.”

The blog’s author, a pediatrician with the American Academy of Pediatrics, writes that studies show children who play in the sand are more likely to become ill than children just walking on it. “And the risk of illness increases with digging in the sand, being buried in it, and digging in wet sand.”

If you’re a parent who’s thinking, well, I’ll just have junior dig in dry sand then, please turn your parenting card in to the proper authorities immediately, because, according to the blog, “Dry sand presents problems, too. Discourage children from lying directly on the sand.”

The only problem with this wonderful safety-infused article is it doesn’t go far enough. There are many other summer activities in which I partook as a youth (this was in the days before safety was invented) that can cause injury and death — sometimes both. As a public service, I came up a list:

Playing Frisbee — Playing Frisbee can be a fun, harmless activity but only if you’re good at catching it, which some kids aren’t, leading to a condition that I just made up called “Frisbee mouth,” wherein a Frisbee becomes lodged in your mouth after your fingers snap shut an instant too late. This happened to me at least once a summer. I’m lucky to still have teeth. Don’t let your kids suffer as I did.

Playing Jarts — Back in the day, Jarts was a lawn game purchased by parents who had too many children and wanted to get rid of a few. (My parents, for instance, had six, which was clearly way more than humans should be allowed.) Jarts were, well, they were basically daggers of death that kids would be entrusted to toss back and forth, allegedly with the aim of landing them in a circle, scoring points and winning a game. Of course kids are kids and kids would inevitably become bored and take to winging them at one another, which my brothers and I did frequently, although oddly enough none of us ever died doing this. But some other kids did supposedly, which is why Jarts are now banned and you can’t buy them, so really I had no business bringing them up in the first place. But you get the larger point: Doing stuff is dangerous. Better to not.

Firecrackering mailboxes — OK, yes, I did this on occasion with my hoodlum friends. We never got hurt doing it, except for the time my dad got a call from a neighbor who for some reason didn’t appreciate having a blackened mailbox, after which I couldn’t sit for a week. So don’t let your kids do this either.

Swimming within half an hour of eating — I was warned against doing this every single day of every single summer throughout childhood. And I never did suffer the dreaded cramps and drown because of it. But it doesn’t mean your kids won’t. So also don’t let them do this.

In fact, you really shouldn’t let them swim at all. Or do anything else that involves the outdoors or sunshine. Video games are much safer. Encourage those. You’ll be glad you did.