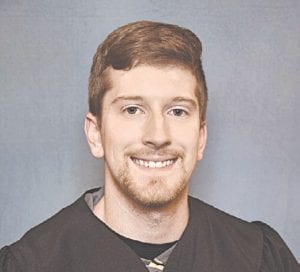 One of America’s mostcelebrated unofficial holidays will be kicking off in just three days: the Super Bowl.

For those of us who are avid football fans, Super Bowl Sunday is the most “sportstacular” time of the year. Each February, we gather around our TV sets to enjoy the ultimate combination of football, food, funny commercials and—usually— four quarters of exciting gridiron action.

Super Bowl LIV will be played on Feb. 2 in Miami, FL., featuring the San Francisco 49ers vs. the Kansas City Chiefs. As one who devotes many hours to following the National Football League (NFL), I know that I’ll inevitably be tuning in. I don’t care much for the 49ers or Chiefs, but I’ll be watching anyway.

If you look back at the origins of the Super Bowl, you’ll find that it began as a modestly-attended NFL championship game in 1967. But over time, the Big Game began to grow in popularity—to the point where it has now transformed into a must-see sports entertainment spectacle.

What’s more, the Super Bowl has become a great event to build a party or family gathering around. Why? Because it offers a little something for everyone, whether it’s the die-hard NFL devotee, the casual fan or even the non-sports person who just wants to hang out with family or friends.

Obviously, the Super Bowl offers a grand stage for two of the NFL’s best teams, along with many of the sport’s greatest athletes. But the Super Bowl’s allure extends far beyond the game itself. Many people tune in just to catch the starstudded halftime concert, which has been routinely headlined by the biggest names in classic rock and pop music (The Rolling Stones, Michael Jackson, Madonna, to name a few).

Then there’s the often-entertaining line-up of Super Bowl commercials. Advertisers pay a king’s ransom to get a TV slot during the game’s commercial breaks. As such, they make the most of their ad purchases by producing some of the most hilarious or inspirational commercials you’ll see all year. Yes, there’s folks that watch the Super Bowl just for the ads, too.

Let’s not forget the food. No Super Bowl party is complete without a tasty spread…chicken wings, burgers, chips & dip, tacos—you name it. If the game turns boring, chances are you’ll still have plenty to munch on.

Would you be surprised that the average American will shell out around $80 to provide food and beverages for a Super Bowl party this year, according to National Retail Federation? Or that a 30-second Super Bowl ad slot is projected to cost $5.6 million this year? No wonder the Big Game generates billions of dollars in revenue for the media markets and the supermarkets alike. That’s because so many people care about the Super Bowl and all its trappings. Or, at least, the opportunity to host a watch party around the game.

Whether you like football or not, the Super Bowl presents a great excuse to have friends and family over, or a chance to spend time with friends and family at someone else’s place. Have fun, be safe and enjoy the game wherever you are this Sunday.

Ben Gagnon is a reporter with View Newspaper Group. You can contact him at bgagnon@mihomepaper.com or 810-452-2661.