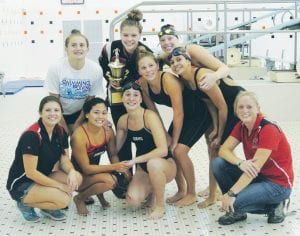 Cook, a sophomore, finished second in the 500-yard freestyle in 5:33.04, just over one second behind champion Zoe Rogers of Grand Blanc.

The Cavaliers also scored in two relay events. Shaelyn Maguffee, Dollinger, Cook and Chelsea Perry finished ninth in the 200 medley relay in 2:22.55. The same quartet finished 11th in the 200 freestyle relay in 2:07.22.