Take the time to fill out the 2020 Census 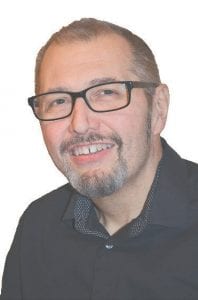 When you see the 2020 Census arrive in your mailbox this spring, please, whatever you do, don’t ignore it, don’t leave it under a pile of junk mail and please, don’t throw it away.

The State of Michigan and, more importantly, your own community need you to fill out your 2020 Census.

Census data is used by the federal government to distribute about $900 billion annually for public schools, health care programs, food stamps, foster care and many other programs.

There’s $675 billion at stake. That’s what the U.S. government is sitting on, waiting to allocate from toward each state, and what determines how much each state gets is its population – as determined by the census, which is only held every 10 years.

In the 2010 Census, for instance, the city of Burton in Genesee County missed an important population mark in the census by just ONE person. The city’s population was counted at 29,999 residents and at 30,000 it would have received more federal funds.

This year, Burton is making sure it doesn’t let that opportunity go by and the city is putting on an all-in effort to get more participation in the 2020 Census. But it’s not always easy to get people to fill out the survey sent by the U.S. government every 10 years.

There are a lot of people who are under the misperception the census will be used against them. Whether it means they have illegal immigrant status, or they have legal matters hanging over their head – some people think the census is out to get them.

Nothing could be further from the truth.

By law, your census responses cannot be used against you by any government agency or court in any way—not by the Federal Bureau of Investigation (FBI), not by the Central Intelligence Agency (CIA), not by the Department of Homeland Security (DHS), and not by U.S. Immigration and Customs Enforcement (ICE).

There’s a lot at stake if Michigan does not get an accurate census count. The census dictates our political representation and affects federal funding (an estimated loss of $1,800 per year for each person not counted). It shapes our communities, from education to transportation. Businesses and non-profits rely on the information contained in the census to determine where resources should be allocated.

In other words, an inaccurate count would leave Michigan shorthanded when it comes to financial assistance and political representation. So please, when you receive your census in the mail, fill it out. You’ll not only be helping yourself, but your entire community.

Gary Gould is the editor of the View Newspapers. Contact him at 810-452- 2650 or email ggould@mihomepaper.com.