Taking the next steps 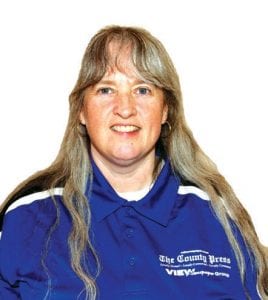 Editor’s note: This column originally appeared in our Lapeer County Press on Nov. 29. While it doesn’t happen at every school, the complaints that began to fill up my e-mail back in the early fall can serve as a reminder to everyone that the kids playing varsity sports are just that; kids. They are learning and growing and often don’t meet the expectations of the fans for a variety of reasons. I urge all the parents and fans to take a step back and just let the kids play. What they want—and deserve–most of all is your support, not your wrath. This carries over to all sports, not just basketball.

Readers have already been fired up about what they perceive to be unfair, preferential treatment at several of the local schools. My emails have been full of allegations of nepotism on the coaching staffs, nasty mean—girl banter from varsity players telling JV players looking to make the varsity, “good luck on JV” and other such nonsense. People have told me that I need to go after these schools for their hiring practices, their poor turnout and all kinds of other allegations. That’s just not going to happen.

Hiring practices at every school is a personnel matter. They neither require, nor seek our approval on who they hire. Just as in any good business, schools have a chain of command and we are not in it. Parents, if you have an issue with your child’s school and their athletic practices, your first call is not to the local paper. There is a solid school board at each and every high school. That’s your first call. Actually, it should start with the athletic director, but as several parents have alleged, that has gotten them nowhere. That’s unfortunate.

It’s also not our battle, though. The assertions that are showing up in my email are downright ridiculous. Several in particular are akin to a mean old junkyard dog who just won’t put the bone down. You’re unhappy with what you are seeing at a particular school? Do something about it. Don’t complain in an email chain and expect it to make print. Go to the school board meetings and air your complaints there. If you haven’t gotten any success there, then you can certainly craft a Letter to Editor, but it has to be factual, complete sentences and not full of texting lingo. Your signature is also required.

Now, as far as the seasons coming up, I ask for everyone’s patience as these programs continue to work on getting better.

The local landscape in basketball is the complete polar opposite of football and volleyball. The success of Lapeer football simply has not translated on the hardwood. I’m not saying that can’t happen down the road, but the Saginaw Valley League, BWAC and Tri-Valley are an absolute juggernaut when it comes to basketball. We were accused by many readers last season of rubbing the losses in many of our schools faces. Our job is to report the games’ outcomes, like it or not. Many of our area teams are what their coaches call “one or two years away from being a good team.” That’s just the cold hard facts as coach sees it. A lot of work last season means teams might not be facing a 3-16, 2-17 or no-win season this year. Asking us to stop covering the local teams and instead cover Lake Orion and Clarkston, which have winning programs, goes against the very grain of what we do here at this paper–cover the local sports.

Let the kids play and stop poking the bear.