Tattoos & piercings: a major cover up 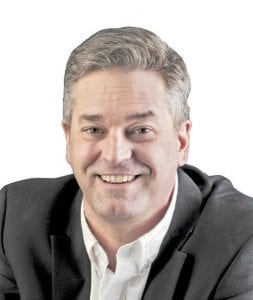 A news story I just read said young people are starting to have their tattoos removed and their piercings spackled over (or however it is doctors fix such things.)

“Many are seeking to reverse the impulsive, perhaps keg-fueled decisions of their not-quite-lost youths,” the article said. “That tongue piercing, that bone through the nose, that conspicuously placed tattoo you got in college may not go over so big now in a job interview, or in the board room. It’s time to conform to the real world.”

Couldn’t agree more. Not that I’m a fan of conformity or anything. I’m not. I strongly prefer people who stand out from the crowd, even though I’m not one of them.

In fact, that standing out thing is one of my main reasons for objecting to most tattoos and nearly all piercings. According to a survey I just made up, 99 percent of everyone under the age of 35 has one — or a dozen — so how is that standing out? Doing the same thing as everybody else is the very definition of conformity, is it not? The millennial or Gen Xer who is truly a rebel, therefore, is the one who cuts against the grain and doesn’t get piercings or tattoos.

Or so I told my kids.

Of course I have other extremely practical objections to tats and piercings.

For one, tattoos usually turn blue and fuzzy, like smudged newspaper comics, so much so it’s often hard to tell what they’re supposed to be. For instance, I looked at one recently on the forearm of a young friend and I couldn’t tell if it was a tattoo or a particularly noticeable vein.

“It’s a snake!” he huffed indignantly.

Also, I can’t imagine a piece of art that I’d want to look at every day of my life. I love Monet’s flower paintings, for instance, but I’d get tired of one on my bicep, much less something stitched into me down at Jimmy’s World of Tats. Viva la difference, I guess.

As for piercings, most of them seem ridiculous and vaguely annoying to someone of my generation, so much so that I had the following discussion once with a waitress wearing a tongue stud.

“Young lady,” I said, gesturing at her, “I hope you don’t mind me asking, but that looks like it would hurt like hell. Does it?”

By the way, if nothing else, can we at least agree that waiters and waitresses ought to remove nose, cheek, lip, gum, tongue, eyebrow, eyeball, forehead, neck, and uvula piercings before coming to work? I’m trying to eat here.

Ear gauges are the ones that really baffle me, though. Why in the world would anyone want to bore gigantic holes through their earlobes? Whenever I see those I have to resist the urge to wad up some paper and shoot free throws.

I can’t be the only one who’s ever wanted to do that, right?

My old school advice to young people who want to get gauges is this: Just don’t. They’re only cool when you’re young. But when you’re older, people will simply say “There goes ‘ol floppy ears.”

And for those of you who already have them, well, do like the article says and see your doctor. Or you’re welcome to borrow some spackle.

I’ve got a tube around here somewhere. andrewhellercolumn@gmail.com