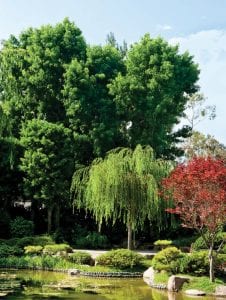 Public spaces have long been the focal point of strong communities. Long before the advent of the Internet, smartphones, tablets, and even newspapers, men and women learned about the goings-on in their communities by gathering in town centers and other public spaces.

While communication has become more streamlined since the days of the town crier, a community’s public spaces still say a lot about a community and its residents. Idyllic public spaces can be a source of pride for community residents, providing a gathering space for special community events and holidays as well as a safe place to spend time with family, friends and neighbors. And much like technology has changed the way men and women learn about events in their community, it’s also begun to transform the look and feel of the public spaces those same men and women rely on when spending time with their families and friends.

Such was the case in San Gabriel, Calif., where residents had long relied on Vincent Lugo Park as a gathering place where their children could play, all the while adults and children alike experienced a taste of the town’s history. Flowing walkways and winding trails dotted by architecturally detailed lampposts dating back to the mid-20th century gave San Gabriel’s residents the feeling of stepping back in time as they strolled through the city’s largest park and recreation resource. But as instrumental as the park was to the city’s identity, over the years it had fallen into significant disrepair, and many of the park’s historical elements, including the concrete lampposts and bases, had become unsafe and unsightly.

But technology would soon spark a rebirth of the park, and do so without sacrificing the park’s architectural history. Together, city officials and community members developed a plan to refurbish the park, a plan that included the installation of Whatley Xtreme(R) Lamp Post and Retrofit Solutions, which provided historically accurate new lampposts and bases with a 21st century, eco-friendly twist. Featuring BASF chemistry, Whatley Xtreme(R) lampposts and bases demand 60 percent less energy than steel, aluminum or concrete alternatives, a fact that allows San Gabriel residents to enjoy the park with the knowledge that its new additions did not come at the expense of the planet. In addition, the new lampposts and bases, which produced 95 percent less harmful air pollutants and air emissions during manufacturing, feature lightweight, rugged and weather resistant composites that reduce installation costs and overall maintenance while extending service life. The lampposts’ andbases’ reduced need for maintenance and extended service life have proven an especially valuable trait to budget-conscious city planners who want to maintain or improve their public spaces without breaking the bank.

The result in San Gabriel was a refurbished, more sustainable and more well-lit park where residents feel safer and still get to enjoy a taste of the park’s rich history.

But updates to a public space itself is not the only way city planners can use technology to make the most of their public spaces and strengthen their communities. The following are a few additional ways city officials and planners can use technology to their advantage as they attempt to improve and strengthen their communities.

* Embrace social media. Community events are often held in public spaces, and such events can be promoted through various social media platforms. For example, Twitter can be used as a 21st century town crier, instantly informing residents of public events while serving as a reliable way to disseminate any last-minute event updates among community residents.

* Poll residents about community events. City officials and planners often want as much community feedback as possible as they attempt to improve their communities. Social media provides an easy avenue to conduct informal polls and gauge community interest in certain programs. Want to host a free movie night in the park next summer? Poll residents on social media to see which movies they’d prefer to see and then show the film that draws the most votes.

* Host an online forum where residents can express thoughts and ideas about their communities. Many men and women may be too busy with work and family to attend town hall meetings in person. To counter such hectic schedules, city officials and planners can host online forums where community residents can express their concerns or thoughts about community issues and initiatives from the comforts of home or the office.