Television has changed a lot since Cosby 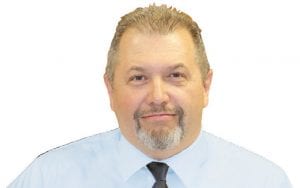 It was 30 years ago this week The Cosby Show debuted on NBC. The show is credited with reviving the sitcom genre, which fizzled in the early 80s, and with paving the way for other African-American comedies like the Fresh Prince of Bel Air and In Living Color.

For the average viewer it gave many of us who grew up listening to old Bill Cosby comedy routines on vinyl and tape a chance to see him in action, as Dr. Heathcliff Huxtable. I wasn’t around for I Spy, but I did watch Fat Albert cartoons as a kid, and Cosby always was entertaining – and at the same time he delivered important social messages.

The Cosby Show also gave a lot of young actors and actresses their start in show business — like Malcolm Jamal-Warner, Lisa Bonet and Raven- Symone. Cosby’s banter with children and teenagers has always been the key to his humor, much of which is based on his family life with his wife and own children.

I was fortunate enough to conduct a phone interview with Cosby back in 2009 prior to a visit to Flint where he was performing. Even after conducting interviews for 25 years, I still found myself nervous when Cosby called me for my 15 minute time slot with him.

It’s not every day you talk to a comic genius and like a cub reporter I had my questions all written out so I wouldn’t miss a beat. However, as soon as I answered the phone and that familiar voice came out of the receiver, the interview was completely hijacked by Bill Cosby himself.

That’s right. Bill stole the interview. I barely spoke past our introductions, other than to answer some of his own questions of me.

It was like having Bill Cosby performing his stand-up routine for me in private. He had me laughing from start to finish as he spoke of his youth in Philadelphia, where he found the inspiration for some of his Fat Albert characters. He also told of his days serving in the U.S. Navy as a medical corpsman.

Cosby spoke of earlier visits to Flint and he said he believed the city would one day rise again to the greatness it once knew during the height of the automobile industry. He was confident in Flint’s people and their resilience.

He asked me at one point if I was the youngest of my parents’ children, to which I replied yes. He laughed and said: “Oh I see, you were the baby growing up. I know what parents do with their youngest child. They spoil them. I’ll bet your mom and dad spoiled you, didn’t they?”

I laughed and confirmed that yes, I was probably spoiled being the youngest. What was truly funny is Cosby then had me feeling like one of those kids he razzes in his Kids Say the Darndest Things show, or those Jello Pudding Pop commercials.

Yes, Bill Cosby has the ability to make you feel young again.

So back to The Cosby Show and how three decades later it will be remembered not only for offering up good, wholesome family comedy – but for paving the way for other sitcoms that followed. ggould@mihomepaper.com