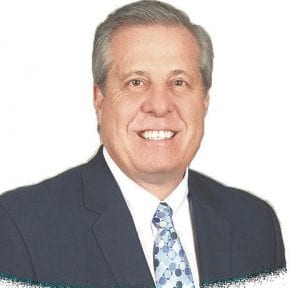 An important aspect of growing the local economy is attracting companies that are looking for markets to locate or expand their facilities.

So, it is imperative to get our story – the right story – in front of key decision-makers and influencers, which, in this case, includes site selectors. And as the lead economic development agency for this region, part of our job at the Flint & Genesee Chamber of Commerce is to do just that.

The Flint & Genesee Chamber kicked off 2017 by collaborating with Site Selection magazine on an investment profile to showcase our region as the vibrant metropolitan center it is. For those who are unfamiliar with the magazine, Site Selection is the industry publication for expansion planning decision-makers – CEOs, corporate real estate executives and facility planners, human resources managers and consultants to corporations. You might think of it as something of a buyers’ guide for business site selectors.

Well, we think Flint & Genesee is a great buy, our challenges notwithstanding. But it’s not just the Flint & Genesee Chamber making the case for our community in Site Selection. The profile included interviews with Jeff Lamarche, Director of Flint Manufacturing Operations and Plant Manager for Flint Assembly for General Motors, and Bob Waun, CEO of C3 Ventures Flint LLC.

Since 2009, GM has invested $2.8 billion into various expansion projects in Genesee County.

“There really are a lot of good things going on here,” said Lamarche, in the profile. “It is not just the water crisis. Flint is doing well and is poised for an even brighter future with the investments we are making. This is also helping our suppliers to take a closer look at Flint.”

Meanwhile, Waun said C3 looked at several places to invest before deciding to come to Flint. “At the end of the day, we felt that we could really win with the workforce that is here in Genesee County,” said Waun to Site Selection.

Genesee County is Michigan’s fifth largest county. The region has an outstanding transportation infrastructure – including interstates, rail lines and a top-flight airport – that allows for the movement of goods and services with ease.

We have a great network of higher education institutions – including the University of Michigan-Flint, Kettering University, Baker College and Mott Community College – to help drive innovation and support workforce development. Our quality-of-life amenities include being home to Michigan’s largest county park system, a national caliber arts and culture district, and many great neighborhoods.

When it comes to economic viability and the transformation of our economy, we have a story to tell that site selectors want to hear. It’s a story about Flint AND Genesee, not Flint versus Genesee, and why it makes sense to open or expand a business here.

In sharing our story in Site Selection, and elsewhere, we have everything to gain.