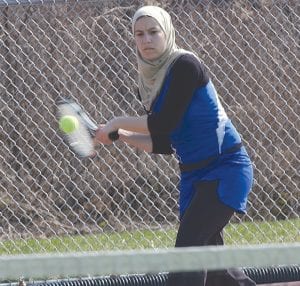 Mariam Salman (above) and Halley Hutchins (below) and the rest of the Carman-Ainsworth varsity gilrs tennis team have seen much of their 2011 schedule become littered with cancellations and postponements because of less than hospitable court conditions and weather. The Lady Cavaliers will return to action today at home against Flushing in Big NIne competition, on Monday the squad hosts Flint Metro League rival Lapeer East and Powers comes to town on Tuesday for a league matchup. 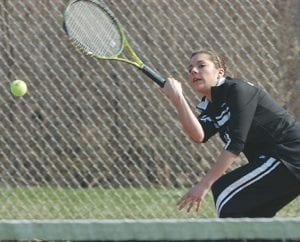